Home > Blog > Surviving and Thriving During a Pandemic

Surviving and Thriving During a Pandemic

Inspiration from our vegan activist community 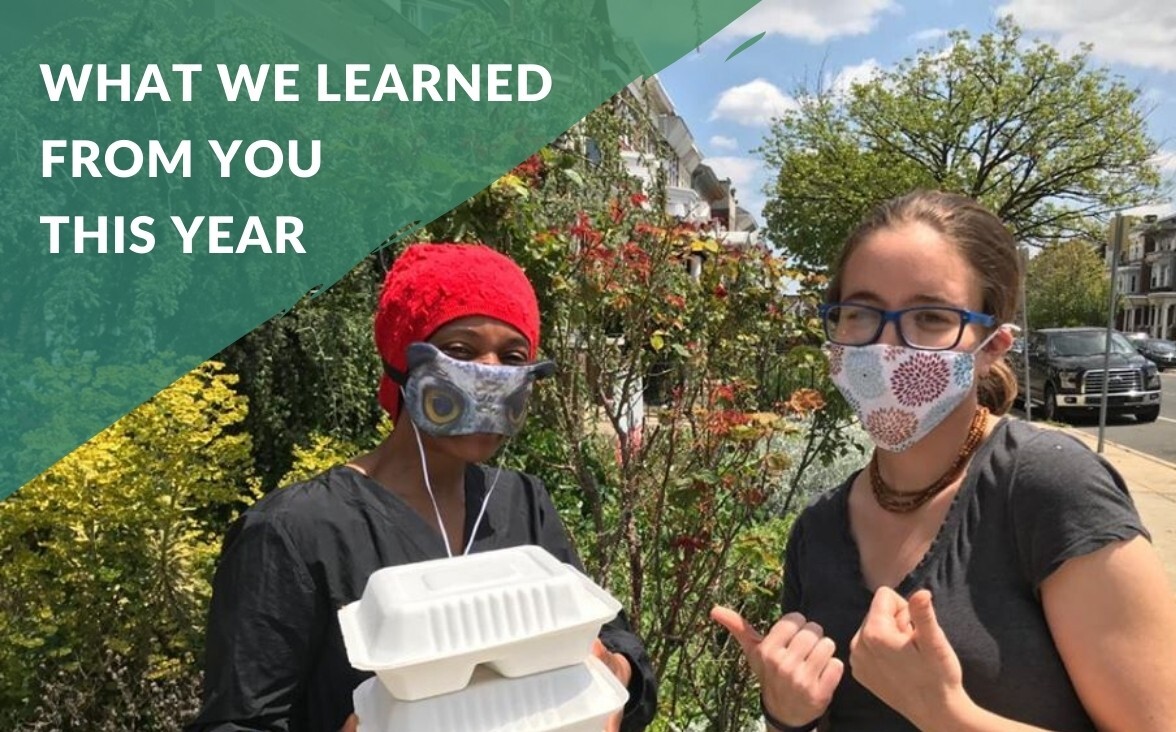 During a year of isolation and incredible flux, connecting with others has become all the more important. In 2020, we started asking you questions on our social media channels as a way to engage more with our vegan activist community. And you answered!

You told us about what motivates you as an activist, what you accomplished in 2020, and what you hope to achieve in 2021. This was by no means a formal survey, but there were so many noteworthy responses that we decided to share some of them with you.

We hope that you’ll see yourself in the experiences of your fellow activists, feel inspired to take another step in your outreach, use the resources we’ve compiled, and maybe share a few smiles with us, too.

How COVID-19 has affected vegan activism

There’s no question that our new normal has called for major adjustments to our personal lives — and new approaches to vegan activism!

For example, Yvonne Werner, Chair at Agricultural Campus Plant-Based Society (ACPBS), told us on LinkedIn that she’s been,

“embracing the new normal on all levels: Taking online courses, organizing online guest lectures for the Agricultural Campus Plant-Based Society, and homeschooling my son. So many challenges, but we made the best of it.”

When we asked what you were most proud of in 2020, you shared exciting accomplishments.

Megan McNames of Indy VegFest created a helpful video with lessons learned from their sudden shift to an online event in March of 2020.

Established organizations found ways to continue their work in this most unusual year.

We heard from someone at Peace Advocacy Network (PAN) who was proud of “helping others save animal lives, eat better, and feel better.”

And we heard from Faunalytics, an organization that conducts research to empower animal advocates.

Finally, some of you stepped up to combat hunger during the public health and economic crisis by serving vegan meals to those in need. Jessica Gonzalez Castro, director of Million Dollar Vegan Español, delivered 26,520 vegan meals to people in vulnerable communities in Mexico.

In every corner of the vegan community, people rose to the challenges they faced.

Insights on going vegan and how to be an effective activist

Many things have changed, but a lot has stayed the same, such as your commitment to vegan advocacy. We asked you about how you went vegan and what you think helps people make the transition. We hope you find the insights we gathered useful in your own outreach.

The best way to convince someone to go vegan is…

You had something to say about what works best to motivate others to go vegan: good food!

“Cook a great plant-based meal for them”

The Chatty Vegan wrote about the importance of empathy in vegan advocacy:

This insight is also a good reminder that sometimes our outreach doesn’t have instant results but is more like planting a seed. Many of us didn’t become vegan overnight but can trace earlier experiences that influenced our decision. In our social media accounts, we asked you what (or who) inspired you to go vegan.

Who or what inspired you to go vegan

Several of you recalled a formative experience that planted a seed in your life. For example, someone from 4Them Sanctuary remembers witnessing (at age seven) the suffering of a quail during one of their grandfather’s hunting trips. For this person,

“…it took another 45 years to go 100% vegan but that incident started the process.”

Meeting Dudley (a cow with a prosthetic leg) at The Gentle Barn helped this individual make the decision to go vegan.

For others, it was a person, such as a coworker or family member, who knew how to give just the right nudge. Kim Logan told us about how her daughter inspired her to go vegan.

“She wanted to be vegan for her birthday. I thought she meant for that one day. Almost twelve years now.”

Young people can and do have a powerful influence. Activist Genesis Butler has inspired countless people. Many are more aware of veganism because of Genesis, including Pope Francis! She told us about her start as a young vegan:

Childhood experiences with animals are the reason many people go vegan, whether they make an immediate change or not. When doing outreach, consider that the person you’re talking to may already have a seed planted in them that simply needs nurturing.

How did you first learn about the concept of veganism?

Our informal LinkedIn poll suggests nothing beats a conversation for introducing someone to veganism. Remember this if you’re ever feeling hesitant to bring up the topic!

The media that influenced you

Some of the questions we asked yielded lists of helpful recommendations. Below are a few of the most popular suggestions we received. Use these to stay motivated or to find the media that will speak to your specific audience.

Many of you cited a film as the catalyst for your veganism. The top three you named were Earthlings, Vegucated, and Forks Over Knives, followed by Dominion, The Invisible Vegan, The Game Changers, Blackfish, and Peaceable Kingdom.

You can find these and others listed in our Recommended Films for Screening, along with summaries and links to information about screenings to assist you in selecting films for your own outreach activities.

The top three podcasts you recommended were:

Vegan activist who inspires you the most

The response was overwhelming! Fifty percent of respondents told us that Nena Ubani, aka @ducnessnena, is the activist who inspires them the most. She is a vegan chef, editor-in-chief of Vegan Melanated magazine, and founder of UK’s first African vegan grocery store, Uziiza. She is a powerhouse activist who shares her creativity with food across multiple media channels, upending cultural bias and putting others at ease about trying vegan food.

We received lots of recommendations for great books to read and accounts to follow on social media, including vegan health professionals, animal sanctuaries, vegan athletes, and other activists. There are too many to name here, but you can find them in the comments of our Instagram, Facebook, and LinkedIn posts. We’ll be using these suggestions to update the Resources section of our site, where you can find webinars, helpful lists, and other information made just for vegan advocates like you.

How Knights for Animal Rights Thrives as a University Club

“Auntie Na, You’ve Got to Taste This!” How Student Activists Encouraged Their Community to Embrace Vegan Food

We have plenty to reflect on during these unparalleled times, but we also have a lot to look forward to as the world begins to open up again. Some of you shared your goals for 2021 with us.

These include the lofty goals of changing animals’ lives for the better and achieving total animal liberation, as well as the small steps it will take to get there, such as learning how to start a podcast or calculating exactly how much of our taxes goes toward subsidizing animal agriculture. Nadia McKechnie plans to launch the first Japanese-language vegan starter kit at TokyoVegan.org.

Our goal is to support vegan activists like you. We hope this compilation has inspired you to take the next step toward your own goals.

New Vegan Outreach Strategies for COVID-19 and Beyond

If there’s one thing we learned from your responses to our questions on social media, it’s that connection is how we learn and grow. And, it’s how we make an impact as vegan activists. How we connected took on a radical new look this past year, but at the heart, it’s still the same. Thank you for staying in touch with us this past year.