Home > Blog > What Will You Do? World Vegan Day (and Month!)

What Will You Do? World Vegan Day (and Month!)

Plan your outreach — big or small 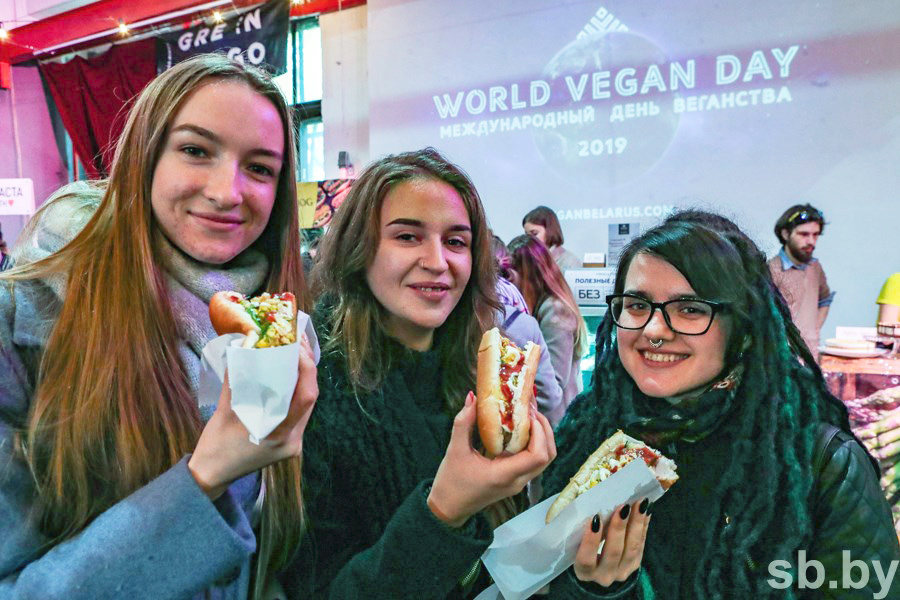 November 1st! World Vegan Day ushers in an entire month of celebrating and promoting the joys and undeniable benefits of being vegan. Every year, there is plenty to be joyous about as veganism continues to evolve and become a mainstream lifestyle. Celebrities, grocery stores, athletes, health practitioners, and even fast-food companies are now embracing the cause.

What is World Vegan Day anyhow?

The Vegan Society founded World Vegan Day in 1994 to commemorate the 50th anniversary of the UK Vegan Society (est. November 1944). The Vegan Society was born from The Vegetarian Society when Donald Watson, Elsie Shrigley, and friends recognized the importance of not consuming any products from animals.

The society designated World Vegan Day not only as a day of celebration but also as a day to educate friends, families, and strangers about the values of vegan living and to share vegan meals. This day, which later stretched into World Vegan Month, is positioned conveniently to coincide with the start of our traditionally meat-heavy holiday season. What better time to plan some outreach?

What will you do to celebrate?

The month is rich in vegan activities — some are grand, such as 2018’s Record Silent Line in Europe or 2021’s launch of Triangle Vegan Restaurant Week in North Carolina, and others modest. All are worthwhile. If you haven’t planned ahead, we have no lack of suggestions for quick and easy outreach. Whatever you do, commit to doing something! A good starting point is to revisit our blog post, 25 Ideas to Inspire Your Animal Rights Activism. In that post, you’ll find loads of ideas for short-notice activism, such as “chalktivism,” wearing your activism (pins, t-shirts, vegan tattoos), leafleting, and more. You can also check out our 2020 post, How to Be a Vegan Activist During a World Crisis, for COVID-safe activities and other ideas that don’t require in-person gatherings.

Outreach can be as simple as:


What our grantees are doing!

Destiny from Veggie Mijas is planning a volunteer night with All Friends Animal Sanctuary. Bonnie tells us that Vegan January will launch for the first time in the U.S. on World Vegan Day. And, writer and director Ed Wiles will premiere his short film You Eat Other Animals? starring Evanna Lynch on World Vegan Day. The trailer is already available.

Marina in Italy is re-launching the free booklet, “Why Vegan?” for activists to distribute at universities and seeking ambassadors for their Vegan Discovery Tour pledge.

Yauheni tells us that Vegan Belarus is organizing a vegan festival in Minsk (with precautions for COVID) in honor of World Vegan Day and Month.

Ronnie from Wyre Forest Vegans in Worcestershire, England, tells us that they will deliver leaflets on World Vegan Day. The leaflets are part of their Compassionate Christmas campaign. They will also perform vegan outreach on November 6th at the local Greener Living Fair and November 17th at a local gathering of Green Alliance.

Shweta of FIAPO (Federation of Indian Animal Protection Organisations) will be focusing on two activities during World Vegan Month while promoting their 21 Day Vegan Challenge. Rising Suns of Compassion will deliver vegan goodie kits to activists who have raised their voices for farmed animals throughout the pandemic. And, Vegan Snacks with Friends is an in-person event where activists invite their friends to share a snack and talk about how easy it is to eat vegan food without compromising on nutrition.

Pete from VegFestUK shared their plans for World Vegan Month, which include promoting the third issue of Força Vegan, publishing the third issue of Plant Powered Planet, planning Global Vegfest 2 to go live online on December 18th and 19th, and producing the 2021 VegfestUK Awards. November may even see some exciting announcements about the return to live events in 2022!

Hal from Vegan Justice San Diego will be tabling at the Encinitas Holiday Street Fair on November 21st, sharing free vegan cookies, literature, and conversation with those interested in exploring the vegan lifestyle.

Steve of NJveg says they will have an educational outreach table at the Ramsey (New Jersey) Farmers’ Market on Sunday, November 7th, from 9 a.m. to 2 p.m. NJveg will answer questions and provide free literature on the benefits of a plant-based diet and help spread the word that going vegan saves animals, protects the environment, and improves your health! Anyone interested in joining NJveg’s outreach team can contact them at NJveg.org@gmail.com, or 609-557-7077 (text preferred/voice).

PCRM instructor Sapna plans to teach two plant-based education courses during World Vegan Month. One teaches how to make delicious appetizers for the holidays, and the other teaches how a plant-based nutrition approach can reduce the risk of diabetes and features a cooking demonstration.

Noelle of VegMichigan shares a list of activities that will take place during World Vegan Month, including tailgate parties at the University of Michigan and Michigan State University, where fans can enjoy Beyond Burgers and other vegan versions of tailgate favorites. They are partnering with various local institutions to provide vegan food, education, and resources throughout the month. For information on all of the events, check out VegMichigan’s event calendar.

If you have an idea in the works for World Vegan Day or month, see how VegFund can support you! Our food sampling, film screening, online campaign, or other grant programs may be just what you’re looking for to make your World Vegan Month goals a reality.

Be sure to include the hashtags #WorldVeganMonth and #WorldVeganDay in your social media outreach. Please keep us in the loop as well by using #VegFund — we’d love to see what you do to celebrate!