How to Step Up Your Outreach with a Powerful Film Screening 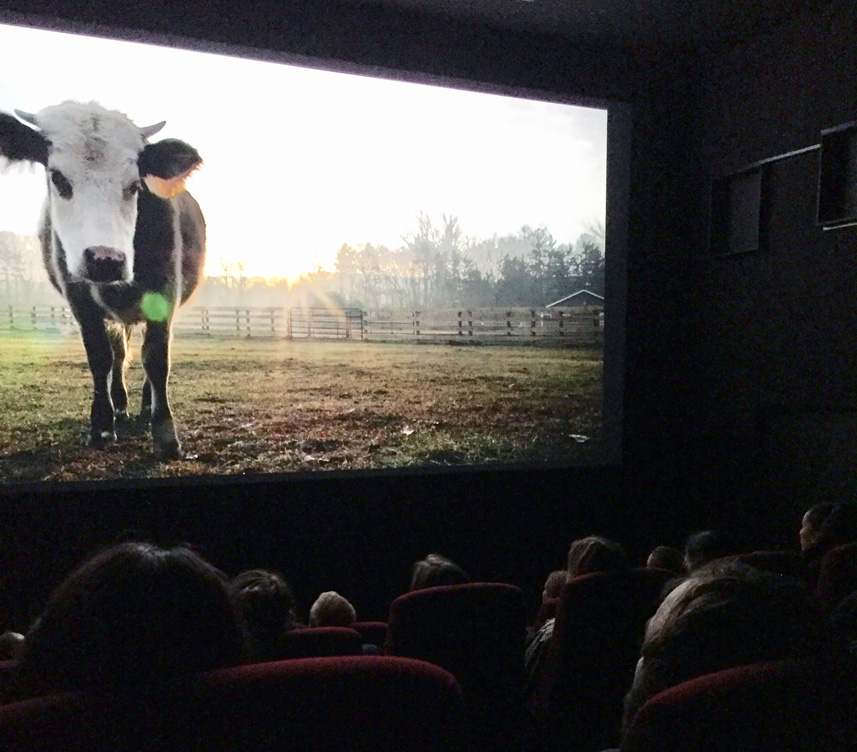 It’s unmistakable — the transformative power of a good film. Films help us escape our everyday lives and experience a spectrum of complex emotions. The best ones do it all — engage us with hard truths, offer us hope, and compel us to take action. Great films are powerful tools for vegan outreach.

Films as tools for social change

In 2017, the film Okja unexpectedly stirred excitement around veganism. It’s an action-adventure movie about a child who risks everything to rescue her friend — a genetically modified “super pig” named Okja — from the powerful corporation that will slaughter her for food.

The filmmakers’ intent was for people to consider where their food comes from — not necessarily to become vegan. But the effect Okja has had on viewers is undeniable. According to PETA, Google searches for the term “vegan” increased by 65% in the six weeks following the film’s launch. Social media lit up with comments about going vegan as a result of watching Okja.

Other films, such as What the Health and Dominion, also have a reputation for motivating people to be vegan.

Just watched “What the Health” and had been planning on “Okja” next, so I’m probably gonna be a vegan by tomorrow.

What research on veganism says about films

Whether or not they became vegan immediately after watching, it was a documentary that planted the first seed. Will some people try but fail the first time? Of course. But, for some, the impulse to go vegan will eventually take root. That’s where effective outreach comes in.

Create your own film-screening experience

Film screenings are versatile events to organize. When thoughtfully planned, even the darker documentaries can be positive experiences for the audience. Consider these tips to make your film screening entertaining and informative for everyone:

What film to screen

The film you choose is entirely up to you, and there are many remarkable ones available. The list grows every year.

Here are eight of the most popular films our grantees are screening now:

For more ideas, you can look to our Resource, Recommended Films for Screening.

How a VegFund grant works

A VegFund grant will cover up to $250 towards the film-licensing fees. It can also cover other costs associated with the venue, literature, food sampling, and advertising.

You’ve decided on a film to screen, created a budget, and envisioned the framework of your event. You’re ready to fill out a VegFund grant application. Be sure to submit your application at least three weeks in advance of your planned date. Once your grant is approved, you carry out the film screening. Within 30 days following your event, you submit a report that includes your actual expenses, and VegFund reimburses you.

For certain films, we pay the licensing fee directly to the filmmakers, which eliminates that particular cost from your budget. Learn which films are covered by this agreement in our Resource, Recommended Films for Screening.

Ready to help people make compassionate changes? VegFund can support you. Apply for a film-screening grant.