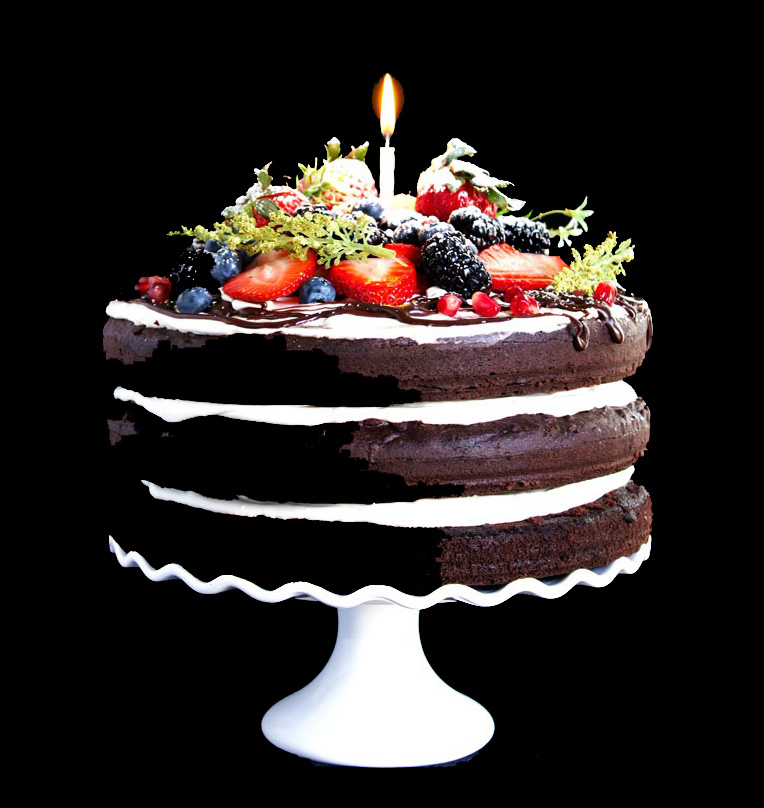 VegFund is celebrating! If we lit a candle on our (vegan) birthday cake for every outreach event that we’ve funded, we’d be blowing out nearly 5,000 candles! So take a big breath! It’s 2019, and VegFund is commemorating its 10th year of supporting vegan outreach. Launched from a single act of compassion in 2008, VegFund and our global activist network has grown to include more than 2,000 activists in 50 countries around the world. Now, if we lit a candle on that birthday cake to represent the more than 10 million touch-points of vegan messaging made by our activist community, our cake would help light the world.

Flipping through a photo album of our 10-year history, we’d see VegFund at birth, a newborn with no idea where life would lead. At one year, a tiny, wide-eyed VegFund presented with an enormous vegan birthday cake wouldn’t know exactly what to do with it. Moving forward in time, the photos would show a more mature, bright, and gap-toothed kid eager to learn and grow with experience.

The Birth of VegFund

VegFund was born from one compassionate act by Zia Terhune of Gainesville, Florida, in 2008. Zia had no idea what would unfold when she submitted a letter to the editor of the Gainesville Sun on the subject of animal rights. Zia’s letter asked her local community why they were (understandably) outraged about Michael Vick dog-fighting case but not about the plight and suffering of the billions of farmed animals killed annually for human consumption. In addition to putting forward what may have seemed a provocative question to the Sun’s readers, Ms. Terhune also offered them a small gift: they could meet with a local vegan potluck group and sample vegan foods for free. 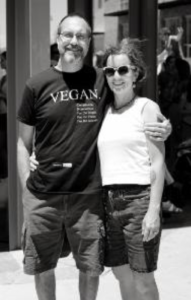 What Zia did not imagine was that her letter to the editor would catch the notice of a fan of grassroots vegan initiatives and that she would be offered funding to take her volunteer efforts to a national scale. Just like a one-year-old with the big cake sitting in front of her, Zia was unsure how to dive in. Her eyes were filled with possibilities, but as a volunteer running a small initiative on an informal basis, she felt hesitant to take the big bite alone.

As with any good birthday party, it’s the spirit and support of friends and family that make it fun. Zia invited her good friends and fellow vegan activists, Rae Sikora and J.C. Corcoran (left), to help her seize the opportunity.

Rae and J.C had been traveling around the United States and conducting vegan food sampling at natural foods stores. About the same time that Zia’s letter to the editor earned attention, they made a stop in Gainesville during their tour. One conversation led to another between Zia, Rae, and J.C. In early 2009, they worked together to found VegFund — a vegan food-sampling grant program was born! Fast-forward to the end of 2018, and VegFund grantees had distributed just over 1 million food samples since VegFund’s founding. And while food sampling remains the most popular grant program to date, we have expanded our range of grant programs to include paid-per-view (PPV) events, film screenings, festivals and fairs, online campaigns, learning events, research, and innovative outreach such as cruelty-free fashion shows and vegan challenges.

The Power of Vegan Food Sampling

Vegan food sampling remains a cornerstone of VegFund’s global programming, drawing the most grantee requests every year. Activists find it a positive entry point to speak to people about vegan living, and, well, who doesn’t like to try free food? The incredible expansion of new plant-based foods in the marketplace since 2009 is mind-boggling. The Open Philanthropy Project recently writes that more than 100 private companies now sell plant-based meat and dairy alternatives. This number is a strong market-based indicator of the rapidly growing interest in plant-based foods. VegFund will continue to fund food samplings and educate consumers’ about the why, how, and where of accessing alternatives to meat and dairy.

Where are we now?

The happiest birthday photo in our album would be that of VegFund today, at 10 years of age. In 2018, we reached an important milestone by funding 1,000 grants in a single year, and never before have our grantee requests come from such a broad set of actors pitching such a compelling range of projects. Could it be that we’re seeing the beginnings of the societal cascade that will bring us closer to a vegan world?

Increasingly, we see animal rights activists seeking grant support but also vegan advocates from medical communities, religious organizations, social justice movements, and environmentalist groups. Our internal systems and capacities sputter and emit smoke now and then as we work to keep pace with the rapidly expanding vegan community, but we appreciate that changing human behaviors and attitudes requires diverse approaches, diverse actors, and a steady flow of messages from all corners of the world. So, it was a special honor to us when Pei Su, founder of ACTAsia and VegFund grantee, wrote that VegFund’s “deep understanding of culture differences and challenges facing [activists] when working in developing countries is rare in [the] animal community.”

What’s in store for the future?

As we begin the coming decade, VegFund takes to heart the challenges of its activists and their desire for effective outreach. In 2018 and early in 2019, we piloted a series of skills-building webinars and registered the interest of more than 1,000 individual activists for the series. VegFund will continue these programs with the goal of helping activists more effectively shift attitudes, knowledge, and behaviors with their outreach efforts.

In closing the chapters of these first 10 years, our staff offers thanks to every vegan activist, grantee or not, who steps forward, in ways large and small, with hope and optimism in the fight for animals, the environment, and the well-being of human society. We are profoundly grateful to our board members past and present, our funders, and all who have volunteered their ideas, time, and support to ready VegFund for its second decade. As best said recently by Rabbi Dr. Shmuly Yanklowitz, founder and CEO of Shamayim: Jewish Animal Advocacy, “Thank you for making our work possible!!” 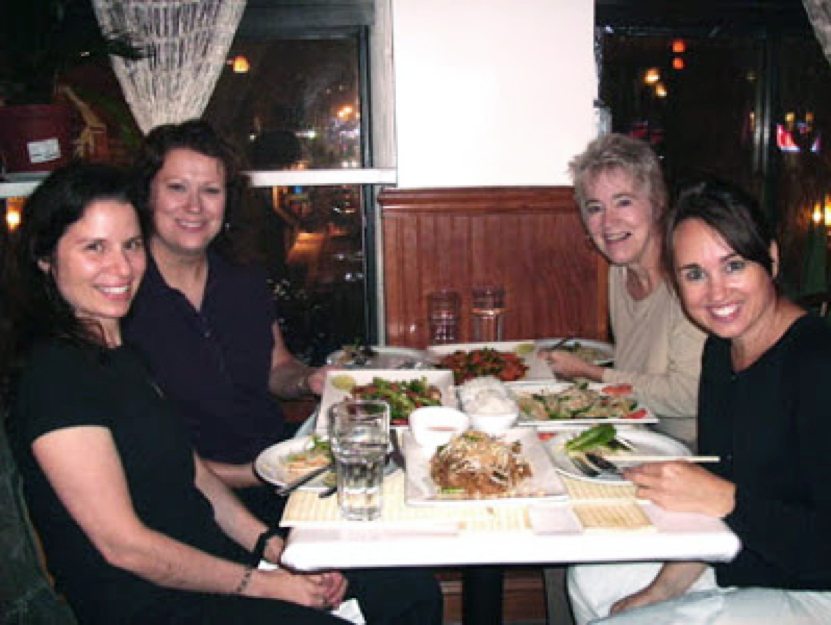 Help us light up the next decade of vegan outreach.

Apply for a grant, and we can help make your work possible for a vegan world!