Home > Blog > The anti-dairy campaign that caused a stir

The anti-dairy campaign that caused a stir 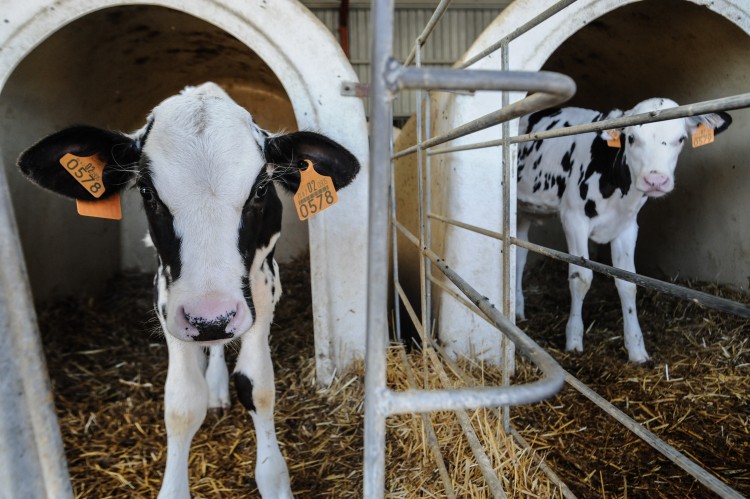 Back in 2000, Indian Union Cabinet Minister for Women and Child Development, Maneka Sanjay Gandhi sparked controversy with her anti-dairy campaign. A passionate animal rights activist and environmentalist, Gandhi was met with attacks from religious leaders and even sympathetic members of the public. But Gandhi had modern science behind her and researchers supporting her stance.

“The ICMR did research on milk for seven years and took thousands of samples from across India. What did they find? Large amounts of DDT, poisonous pesticides called HCH. Under the food adulteration act only 0.01mg/kg of HCH is allowed. They found 5.7 mg as an average.”

Celebrity Pritish Nandy spoke with Gandhi in the April of 2000 to find out more about the reasoning behind her anti-dairy campaign. This interview put a spotlight on an important political figure and activist in India at a time when these issues were emerging at a national level. In Nandy’s interview, Gandhi emphasized three main reasons for eliminating dairy in the human diet: the effect on human health, animal cruelty, and the pollutants found in milk.

“It is not by chance that a calf is no longer called bachda in India. It is called katra, which means one who is to be killed.”

Gandhi has continued to write about dairy and why it’s important to eliminate it from our diets. In a more recent article, she discussed the specific proteins found in milk and their effect on human health.

Recent USDA data on U.S. dairy consumption indicate that dairy consumption declined by 22% between the years 2000 and 2016. This outlines some of the reasons for the decline and states that the increased availability of plant-based milk alternatives is a contributing factor. In response to this, we are seeing major international dairy brands, such as Danone, entering the plant-based arena in order to be a player in this emerging market.

Over 15 years ago, Gandhi addressed this important topic with a campaign that brought issues with dairy consumption to the public eye across India. The discussion surrounding the human consumption of dairy is a global one, and it gains momentum every day. Gandhi’s bold move to spearhead this sensitive topic as far back as 2000 is inspiring. This conversation needed a kick-start back then, and it’s one that we must continue at the global level.

“Animal welfare is not just about animals. It is about us. Our living conditions, our children, our earth. Cruelty to animals has a significant irreversible impact on human  health, economy and environment.”

Maneka Sanjay Gandhi is Chairperson of India’s leading animal welfare and protection organization, People For Animals (PFA). PFA works to rescue and rehabilitate animals in need through a nationwide network of hospitals, units, and education programs. PFA also lobbies parliament to improve animal welfare policies and legislation. Find out more about their work, and show your support today!