And VegFund can help 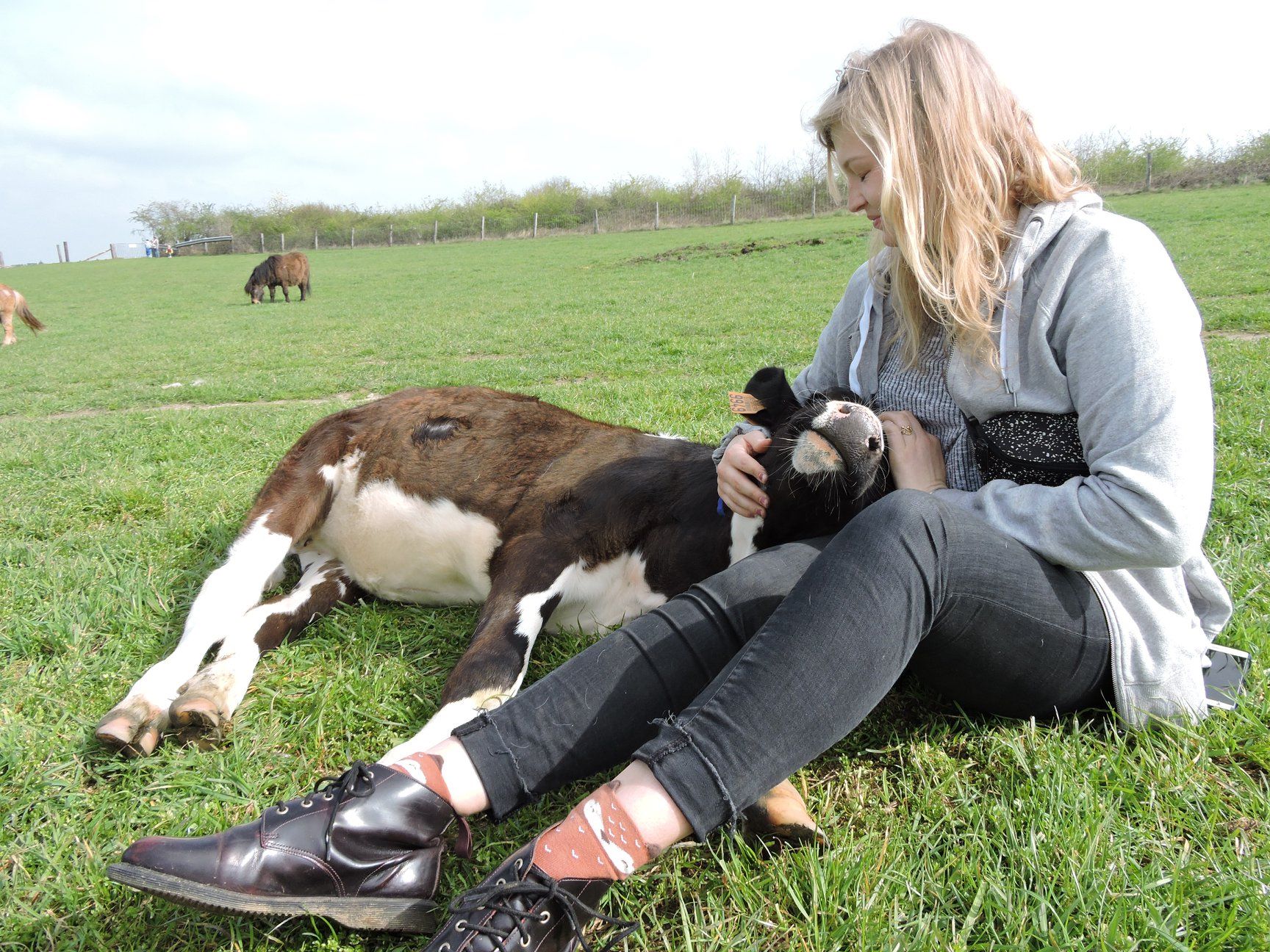 Farm animal sanctuaries — those idyllic places where a lucky few animals rescued from the harsh world of industrialized agriculture live out lives of peace and companionship in green pastures and warm barns.

Sanctuaries bring people face-to-face with animals that many know only as food on their plates. Where else can you rub a pig’s belly or scratch a cow between the ears? 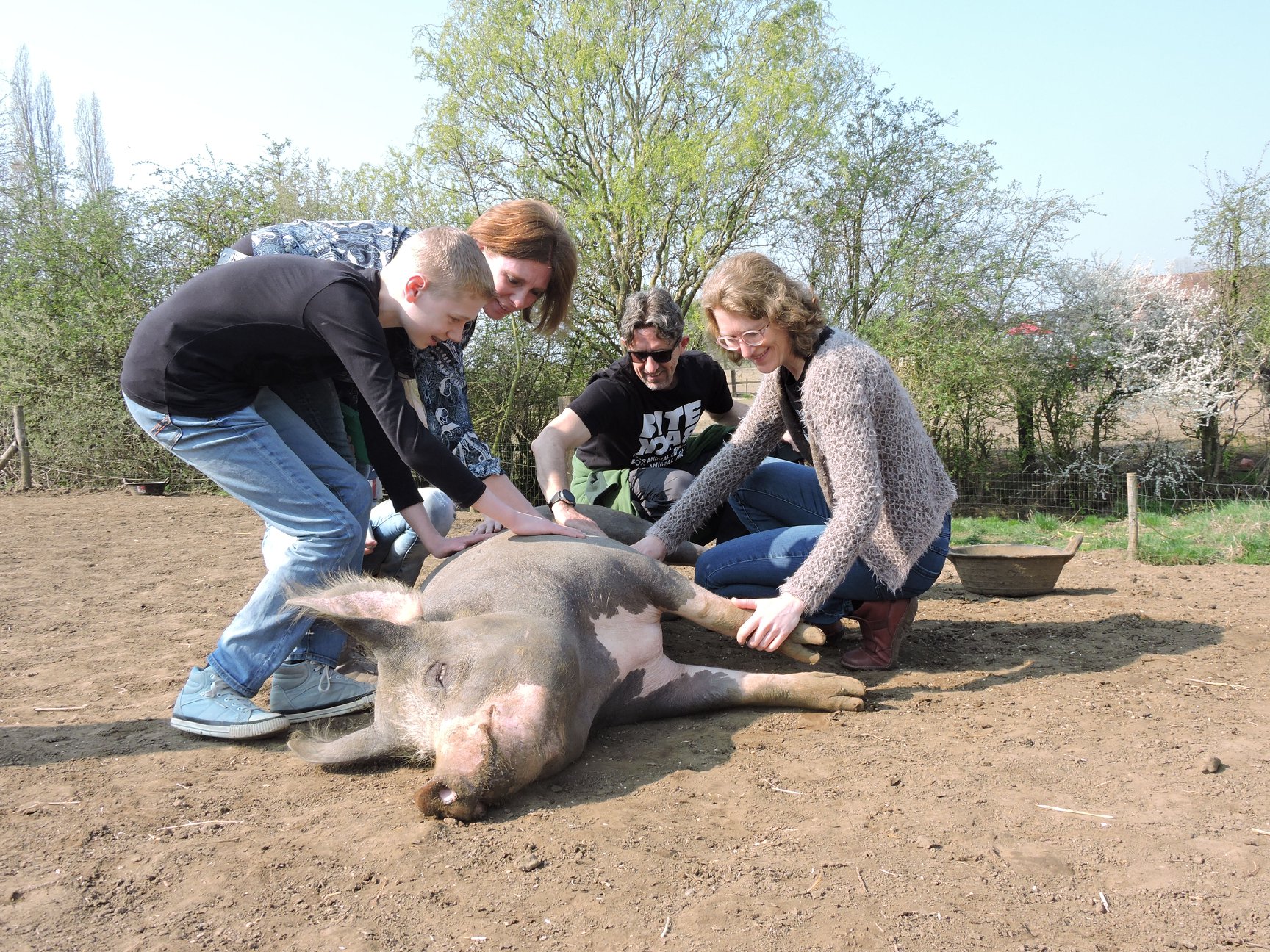 Sanctuary visitors learn that each animal is a unique individual with a personality, intelligence, and social relationships, but they also learn about the harsh realities of these animals’ pasts.

Not surprisingly, many animal rights activists and VegFund grantees work with farm animal sanctuaries as volunteers or staff members to help carry out this valuable educational work.

VegFund can help support sanctuaries’ work with the public. While we don’t directly fund the operational costs associated with rescue missions or sanctuaries, we do fund outreach efforts that can pair nicely with sanctuary programs. For inspiration, here are some recent grant activities funded by VegFund that feature animal sanctuaries and their supporters.

Animal sanctuaries are an ideal place to introduce visitors to delicious plant-based food and open the conversation about compassionate living. Where better to make the connection than after meeting farm animals and hearing their stories? Yummy vegan food is a great conversation starter. It’s no wonder that food sampling is one of the most popular grantee activities at VegFund. 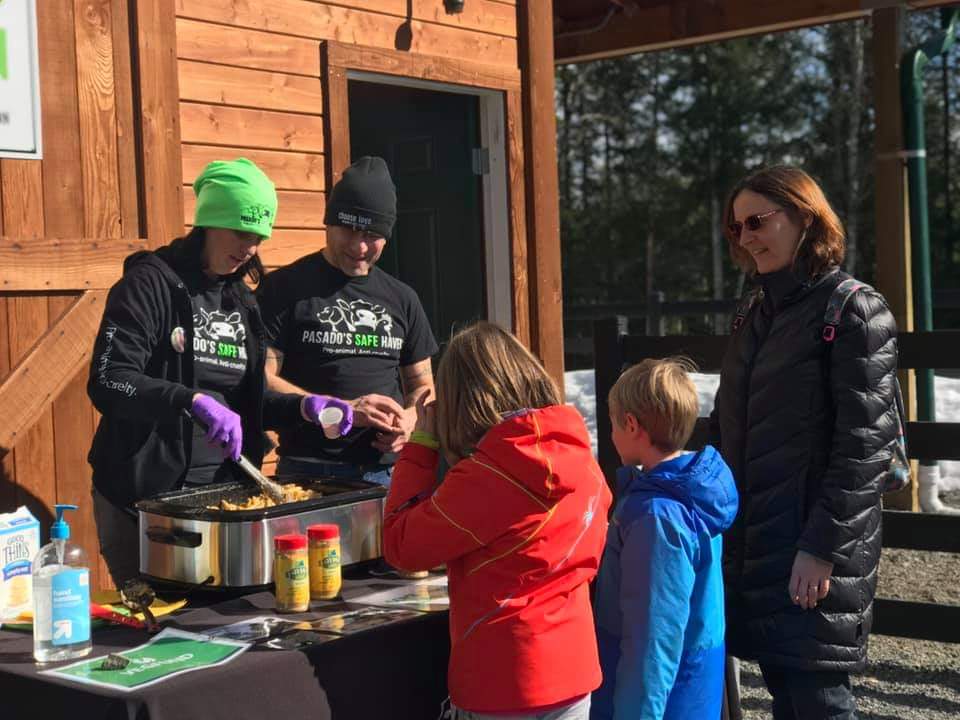 Pasado’s Safe Haven in Washington hosts educational sanctuary tours throughout the year and offers samples of all-vegan dairy alternatives. The events are free and open to the public. VegFund helps make this possible by funding the cost of the food. 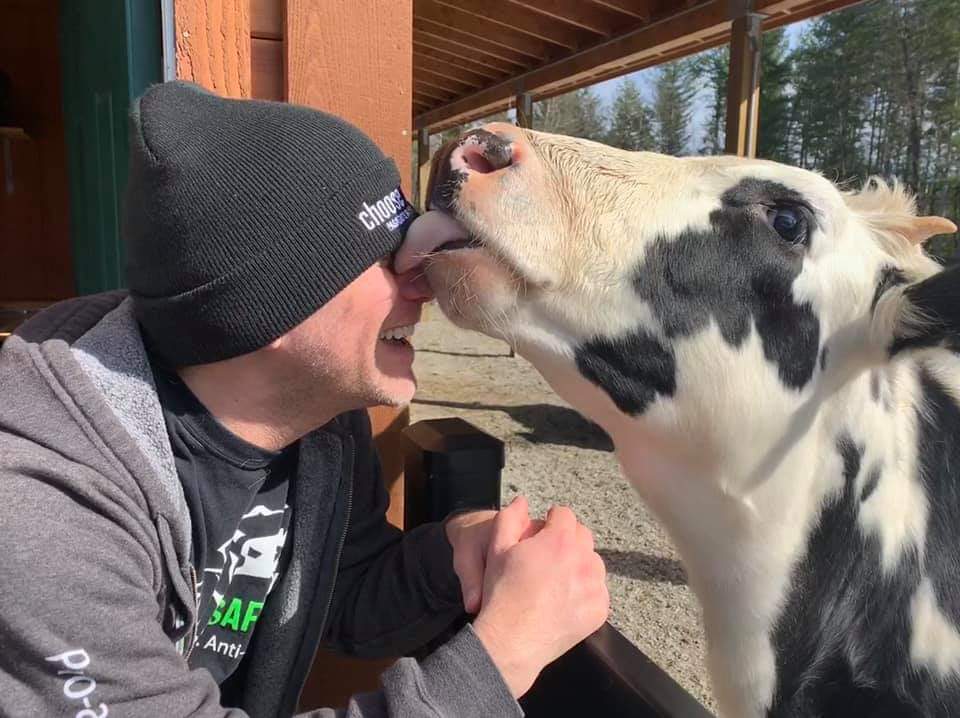 Another kind of non-dairy tasting at Pasado’s Safe Haven

Learn about organizing your own food-sampling with VegFund support.

Last summer, Noble Animal Sanctuary and their adorable rescue pig, Daisy, made a special visit to a screening of The Last Pig in Richland, Washington. About 40 people attended the screening and enjoyed a free lunch of vegan hot dogs donated by the community. With support from VegFund, the organizers promoted the event with flyers and distributed vegan educational literature by Vegan Outreach. Donations collected at the event benefited the sanctuary. 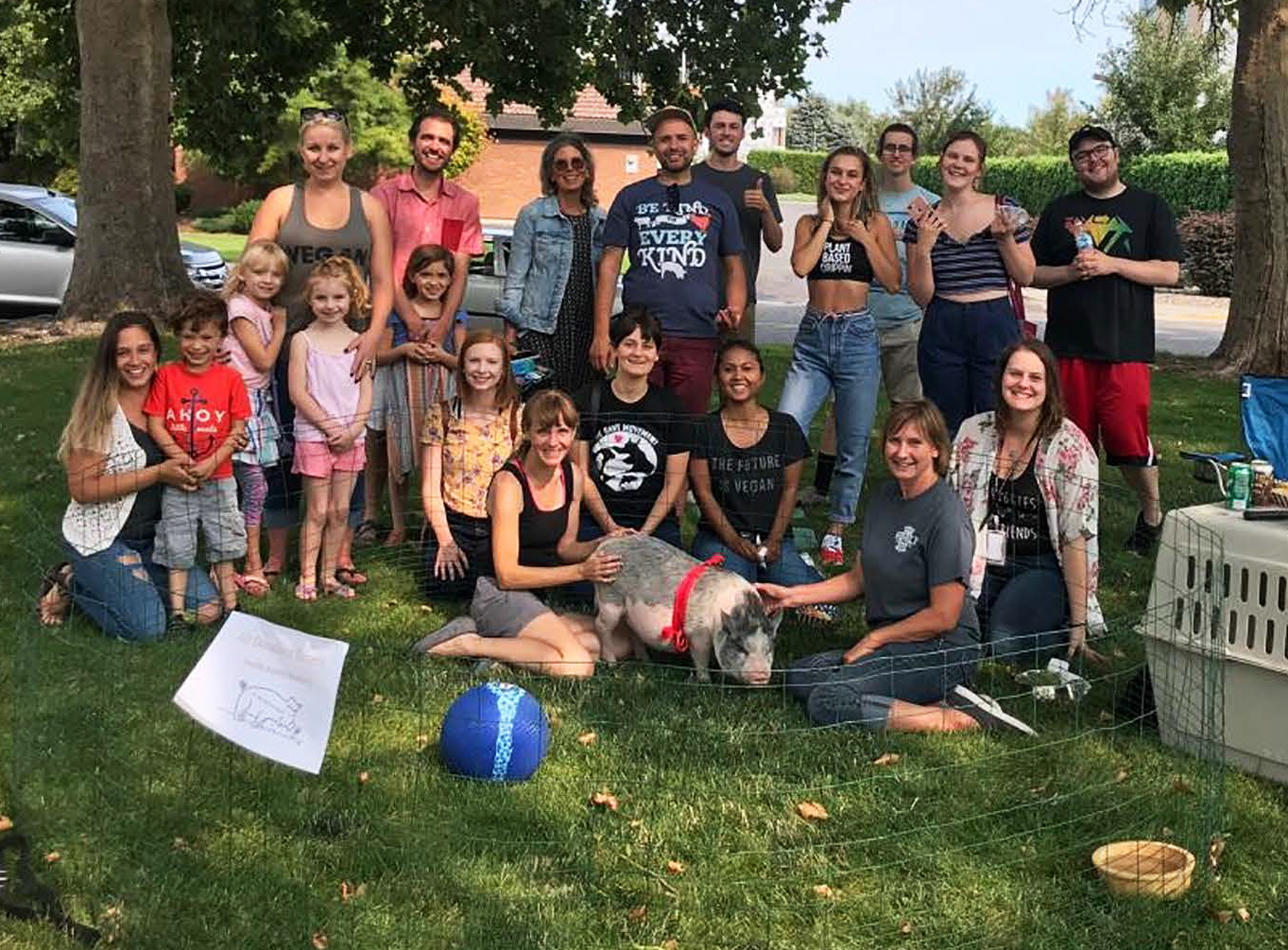 Daisy the rescue pig at a screening of The Last Pig

Check out this list of excellent films to consider for screening.

Last fall, Forrest & Friends Animal Sanctuary in Belgium held an open house. During this outreach event, visitors got to know the animals and attended a lecture by Melanie Jaecques. VegFund grantees hosted a booth with a variety of tasty vegan samples. 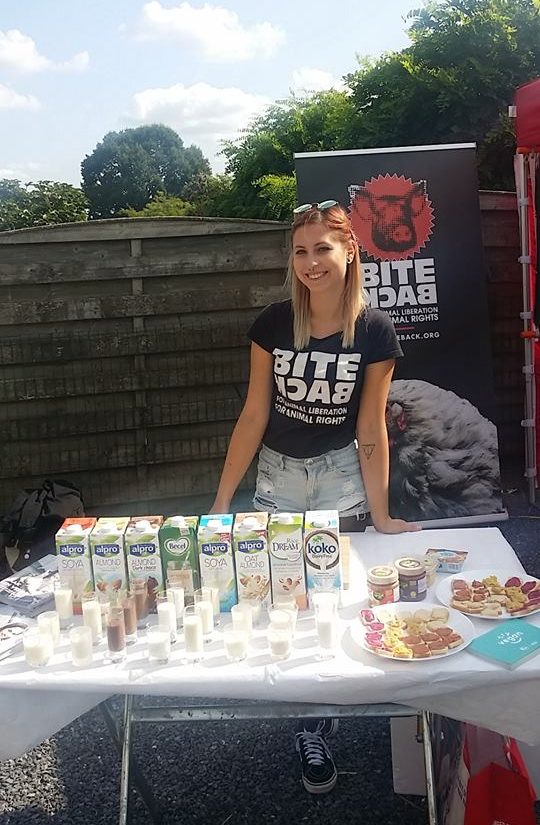 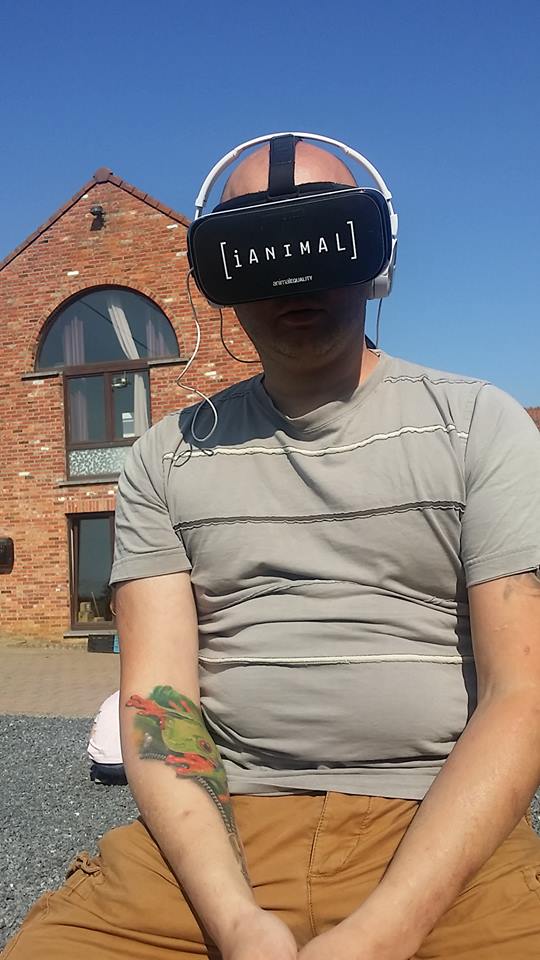 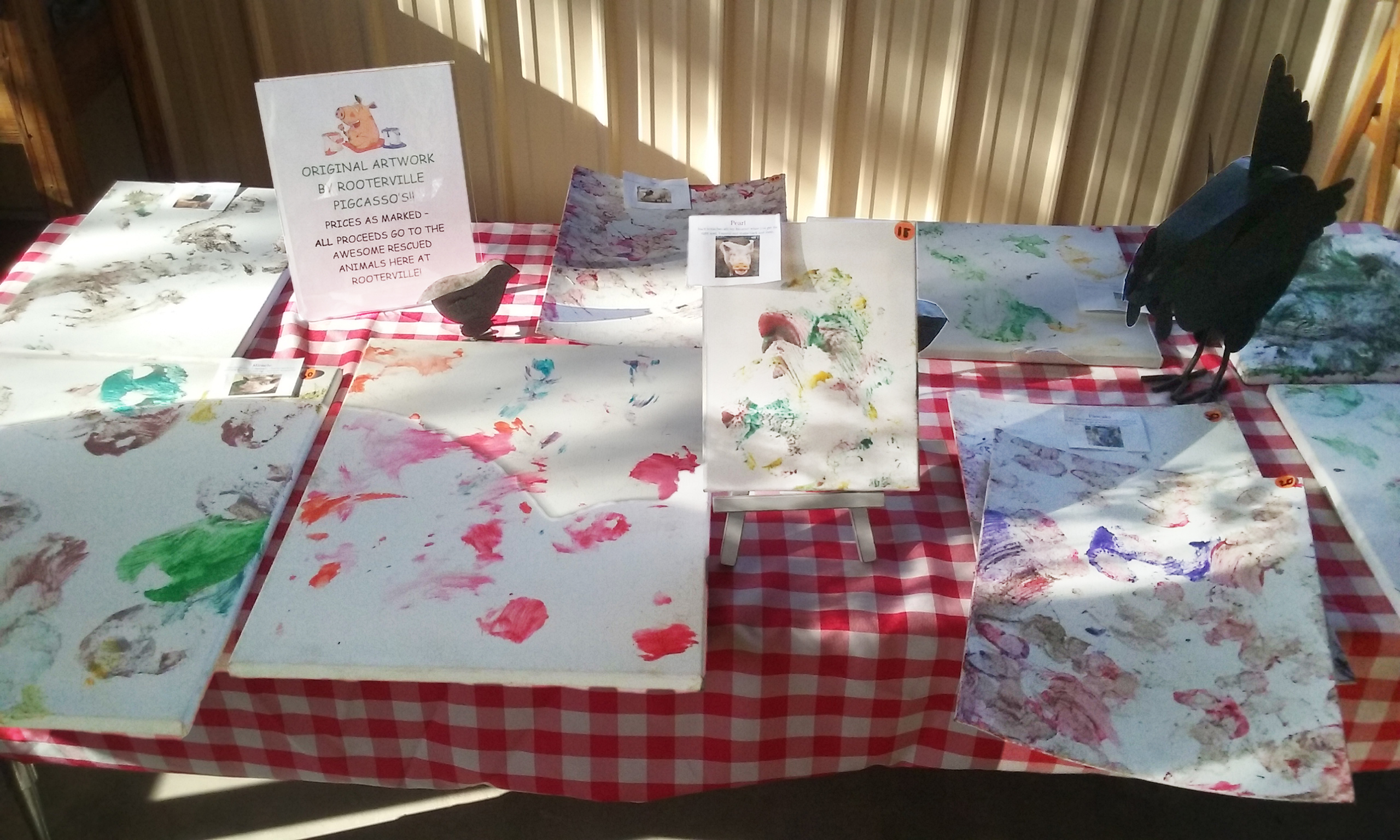 Original artwork by the gifted pigs at Rooterville

Find out how VegFund can help support your festival or fair.

Last year, Luvin Arms Animal Sanctuary in Colorado organized a learning experience lead by Andrea Sanders (a.k.a. Zero Waste Girl). The topic centered on how to create less trash for a cleaner, kinder world. Because Luvin Arms Animal Sanctuary focuses on rescuing land animals, they created this special event to advocate for sea animals as well. Attendees sampled plant-based seafood alternatives thanks to a VegFund grant.

Catskill Animal Sanctuary in New York hosts regular vegan cooking demonstrations with grant support, along with public tours. Visitors are invited to taste the food and take recipes to try at home. 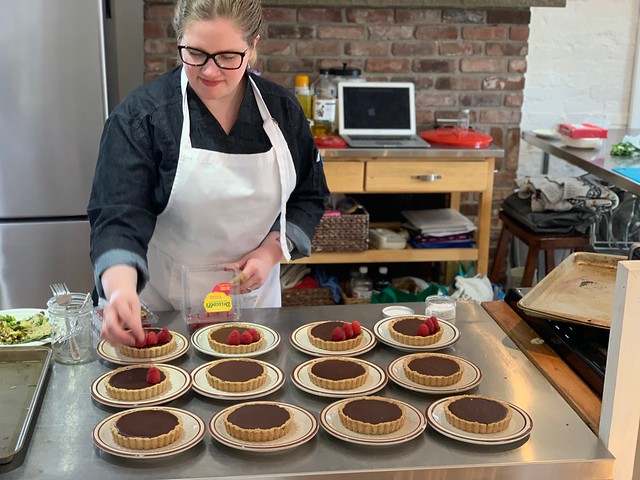 During the summers, Catskill hosts Camp Kindness, a day camp for children ages 8 to 16. There they learn about farm animals in a way that is fun and age-appropriate.

Kathy Stevens says, “Catskill was established by a teacher as a teaching sanctuary. To that end, we’re truly unparalleled.” 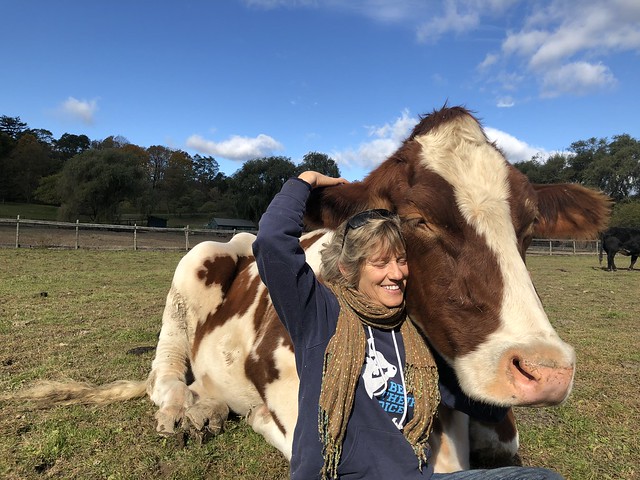 Read more about organizing a learning event with a VegFund grant.

In addition to learning events, Catskill Animal Sanctuary designs innovative outreach campaigns. With a VegFund grant, they piloted a new program, Becoming Vegan, during which participants pledged to be vegan for the month. They did so with the support of a mentor and a community of peers, along with recipes and other resources. During this free program, the sanctuary hosted eye-opening and hands-on presentations by various guest speakers. At the end of the month, there was also a celebratory meal for all pledges.

New Leaf, their free vegan mentor program covering 26 countries, grew out of their Becoming Vegan program. It pairs mentees with specially trained mentors and indefinite support in all aspects of vegan life. Data-driven and making use of premier technology, this program is the first of its kind and is already showing immensely promising results.

Do you have your own idea for a vegan mentor program? Learn more about how a Special Project Grant can help you bring it to life.

What’s Your Next Event?

Apply for a grant, and together we can make the world a kinder place for the animals.