Screen The Last Pig in your community! 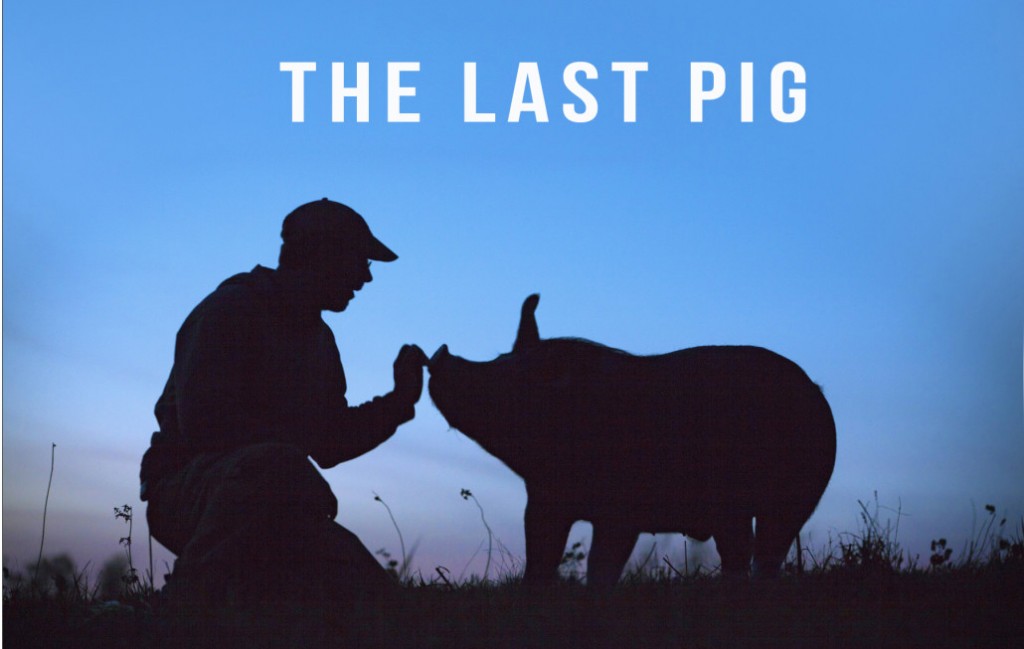 Looking for outreach ideas to mark World Vegan Day? Why not host a screening of The Last Pig? World Vegan Day, November 1st, is an ideal time to raise AR awareness in your community (or any time in November). VegFund is eager to support animal rights activists like you in sharing this powerful film in communities across the globe! The film has just finished screening at independent theaters and on the festival circuit and is now available for community screenings. Read on to find out more about the film and how you can host a screening.

“THE LAST PIG is a lyrical meditation on what it means to be a sentient creature with the power to kill. Deeply immersive, the film follows a pig farmer through his final year of slaughtering pigs. Through sparse, intimate musings, the farmer reveals the growing conflict of a life spent ‘peddling in death.’ ”

About The Last Pig

This intimate and deeply moving film asks its audience to understand the sanctity of life, with the goal of expanding our capacity for compassion. The Last Pig documents the journey of farmer Bob Comis’ final year farming pigs, with a soul-bearing and honest narrative about the ghosts that will haunt him forever and the struggles he faces to reinvent his life. Comis has been chronicling his life as a pig farmer via HuffPost and his personal blog for the past ten years.

The pace of the film is unhurried and meditative, enabling the viewers to absorb life on the farm and in the slaughterhouse. With stunning cinematography and a beautiful backdrop, Argo documents the life of this small-scale livestock farmer in meticulous detail. Her work illuminates the reality of this industry on a most humane level — from the always entertaining and unique nature of pigs, to the unsettling sounds of the slaughterhouse where their lives draw to a close. 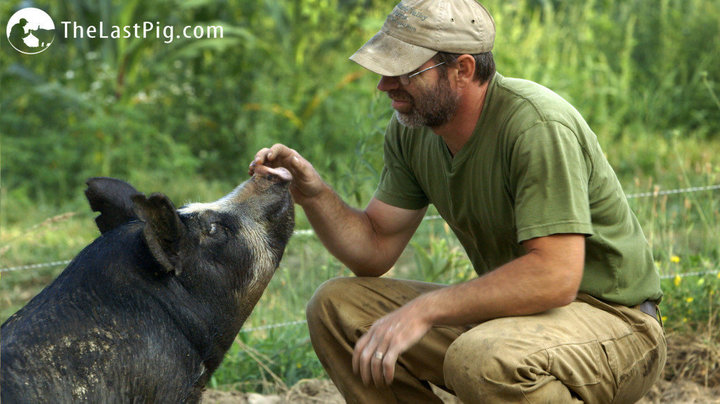 This feature-length documentary will move your audience and inspire them to question the role of farm animals in our lives. Interested in hosting a screening? Read on for some recommended steps to get started!

Review our screenings guidelines and consider whether you’d like to plan a screening event on your own or in partnership with a local vegan or animal rights group. Also consider what kind of venue you’d choose to screen the film. VegFund is able to cover some of the costs associated with renting a space as well as vegan food samples for audience members.

Once you decide you are ready to host a screening, please visit VegFund’s grant application portal to apply for grant funding to cover the film’s license as well as certain event-related costs.

We’ve already heard from activists across the globe expressing their interest in hosting a screening of this film. Join them and play a part in changing hearts and minds. If you have questions, please do not hesitate to contact us via conferences@vegfund.org. We look forward to hearing from you!

The Last Pig director/producer, Allison Argo of Argo Films:
Allison Argo is a six-time Emmy-winning filmmaker and noted animal advocate. Her inspiring films, all broadcast by PBS and National Geographic, have won more than 80 awards internationally and have reached audiences worldwide. Argo has worked on the frontline for over 20 years, fighting for the just treatment of nonhuman beings. She is known for her emotionally-charged and meaningful films, particularly her intimate portraits of endangered and abused animals.

The Last Pig producer/cinematographer, Joseph Brunette:
Producer and Director of Photography, Joseph Brunette, is an award-winning cinematographer whose work has appeared on National Geographic, CNN, PBS, NOVA, Nature, Discovery, and History. Brunette has an ability to capture the essence of even the most poignant moments, and his sensitive work behind the camera enables a level of intimacy and honesty that reveals the vulnerable heart of any story. The Last Pig holds special meaning for Brunette, who has long been an advocate for animal welfare and the environment.