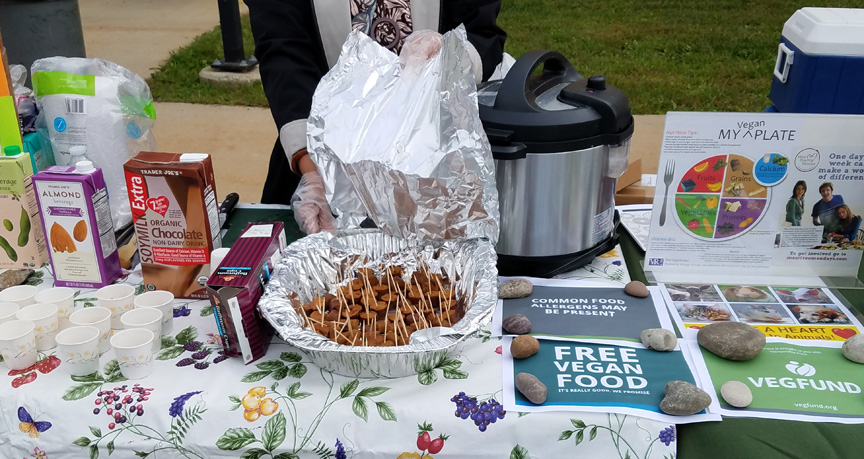 We’ve selected some of the most popular vegan food-sampling products among our activists and listed them below. Note that many of these brands and products are widely available across the world, but not everywhere.

To help get you started, here are five top tips from some of our grantees on how to host a successful vegan food-sampling event! If you’re planning an event, apply for a VegFund food-sampling grant to help support your costs.

Note: For food hygiene reasons, some event locations may restrict you to serving only packaged foods. If this is the case, a number of the above suggested brands and products should enable you to abide by this rule.

New vegan products are hitting the grocery store shelves so fast that it’s hard to keep up! If you discover new favorites — especially products that are good candidates for food sampling events, let us know.

Apply for a VegFund food-sampling grant.