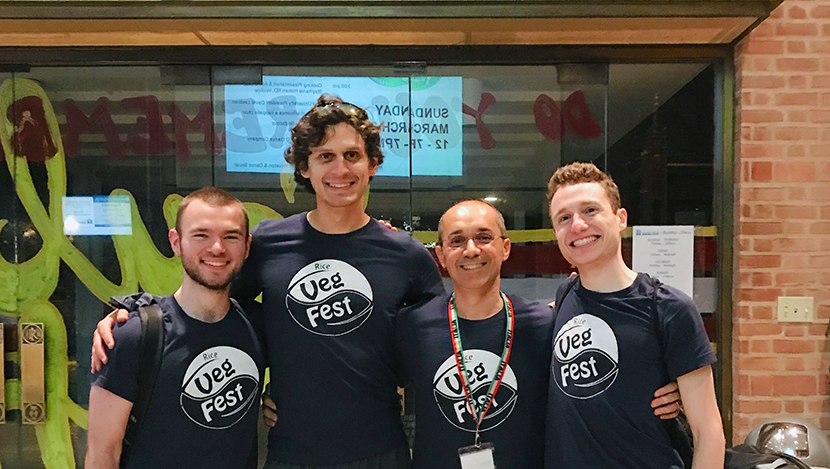 Rice Vegan Society and the Peaceful Planet Foundation were proud to present the Second Annual Rice VegFest on March 24, 2019, at the Rice University Memorial Center in Houston, Texas. The family-friendly event was free and open to the public.

Speakers included Dr. Will Tuttle, PhD, author of The World Peace Diet; Dr. Linda Carney, MD, presenting a PlantSmart kickstarter guide; and Dr. Sailesh Rao, PhD; discussing “How Not to Go Extinct.” There was a cooking demonstration hosted by registered dietician Stephanie Hoban, RD, owner of Houston restaurant Verdine, as well as more than 50 other local vegan vendors and exhibitors, live music, and fun activities such as Vegan Jeopardy, a yoga workshop, and a salsa lesson followed by a dance social.

Read on to learn how organizers tripled their audience for a highly successful vegfest. 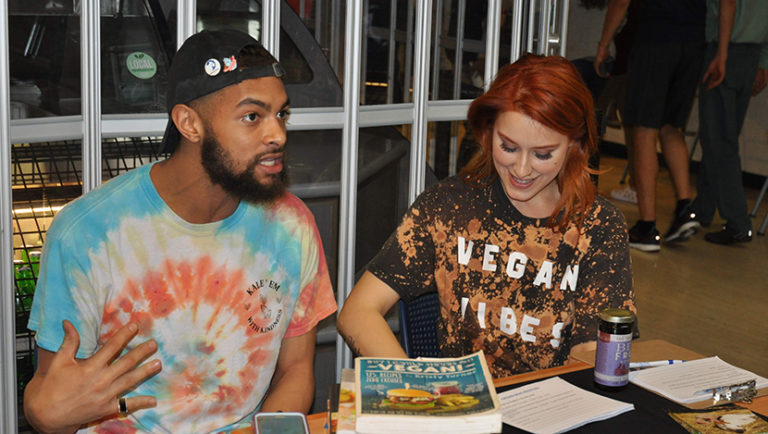 Collaborating with local vegan organizations is essential to a successful vegfest. In this case, organizers collaborated with vegan organizations in the greater Houston area. One vital partner was the PlantPure Pod network, whose mission is to empower community leaders, activists, and advocates in educating people using evidence-based research about the benefits of a whole-food, plant-based (WFPB) diet.

Promotional campaigns were also significant to the success of Rice VegFest 2019. These included investments in Facebook and Instagram ads (supported through a VegFund grant), incentives for vendors who joined in promotional partnership, and tokens for Rice University students, which effectively paid them five dollars to attend the fest. This last program required fundraising but was most influential in getting the student body involved.

The organizers used surveys to ask attendees about their experience. Of 500 responders, more than 50% were non-vegan. An overwhelming majority were satisfied with the event and plan to attend Rice VegFest again next year.

Working with such a large number of vendors can be tricky. It’s important to communicate expectations to prevent misunderstandings. 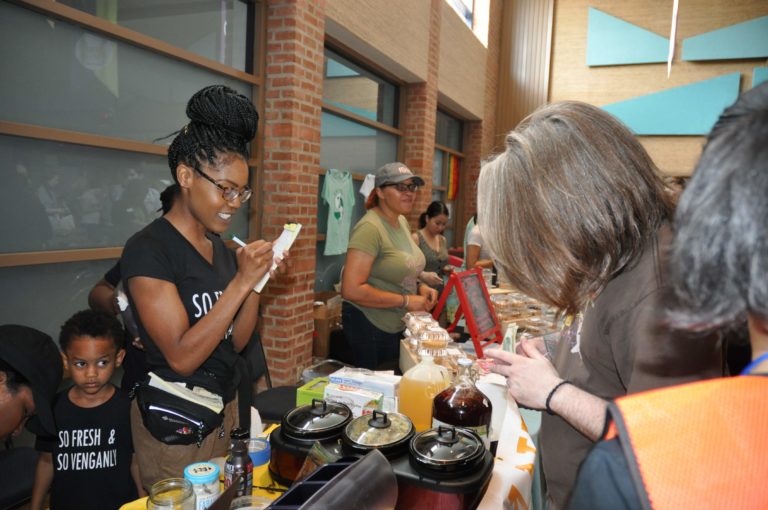 Skip the headache: A professionally crafted contract to use with vendors and exhibitors can set clear expectations for all parties involved, and in the worst case, avoid legal disputes! 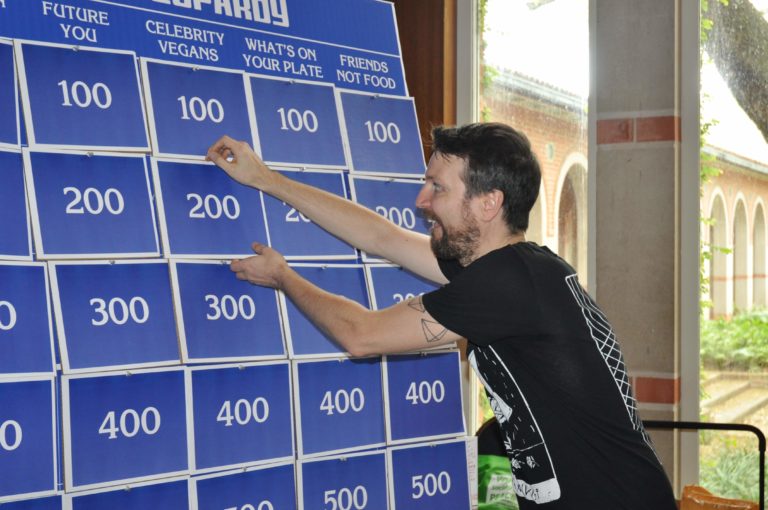 An estimated 3,000 individuals attended this vegfest, of whom 50% identified as non-vegan. This year’s attendance represents more than triple the attendance of the first annual Rice VegFest.

Diverse programming this year with an impressive lineup of speakers, workshops, cooking demo, games, a socializer, and variety of vendors and vegan food contributed to their success, as evidenced both by turnout and attendee feedback. 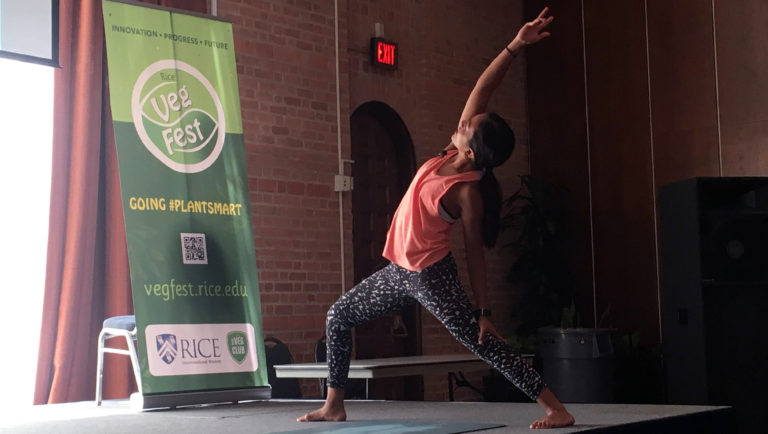 The Houston Chronicle featured Rice VegFest in its spring festival guide, amplifying community awareness prior to the event. Afterward, coverage included an article in Rice News and an interview with organizer Christoph Wagner featured in Rice’s Sustainability newsletter.

Event organizers already have ideas for how to make the third annual Rice VegFest bigger and better than ever before.

Ready to organize your own festival or fair with support from VegFund?