An inaugural animal rights march and festival in Konstanz, Germany 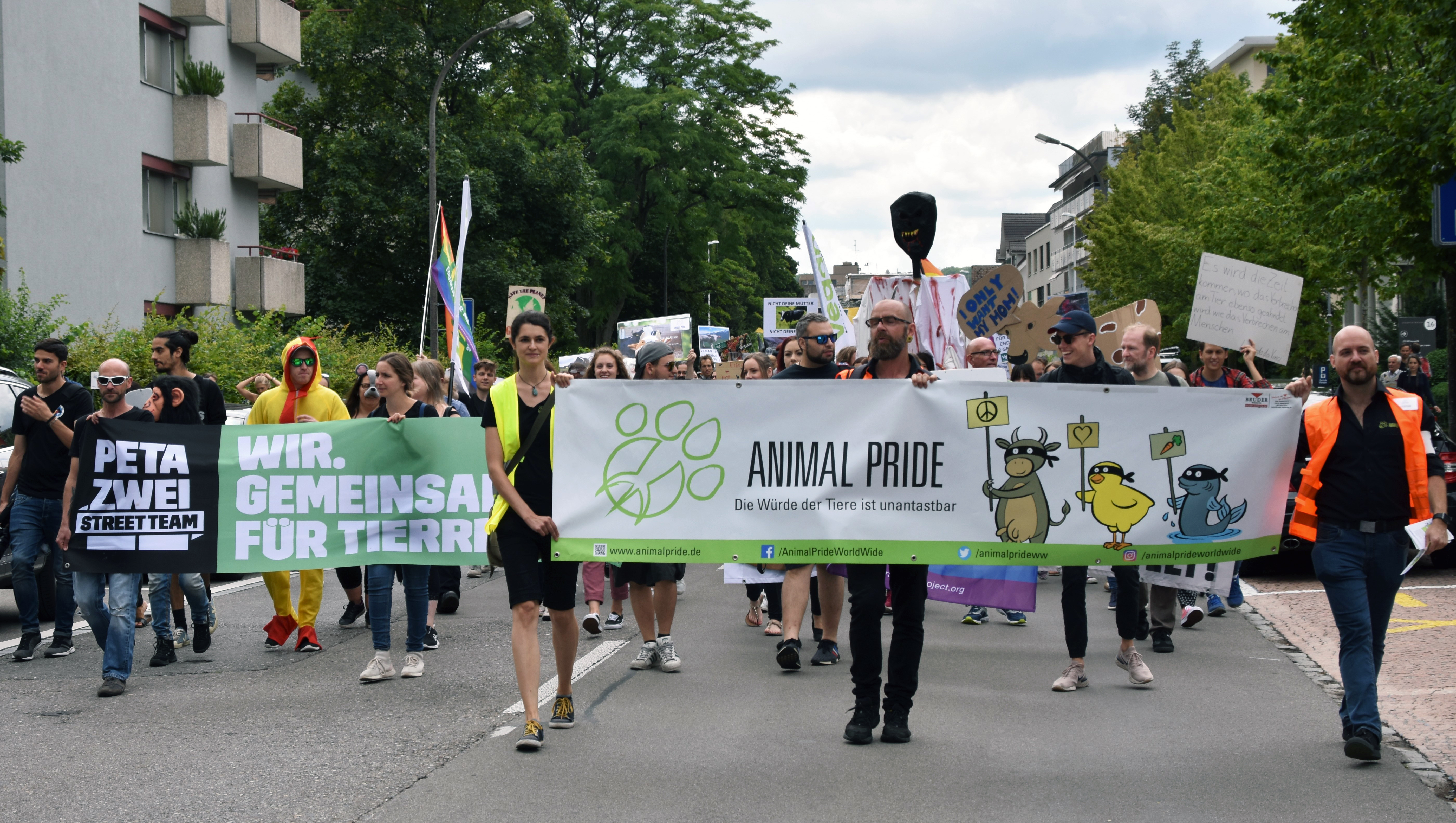 In July of 2019, the animal rights group Animal Pride organized the first-ever Animal Pride March and festival in Konstanz, Germany. The event drew about 500 people from Switzerland and Germany, as well as 30 national and international animal rights and welfare organizations. The festival featured speeches, music, artists, a children’s tent, and lots of vegan food and drink. Festivities continued after Animal Pride Day with both an afterparty in the evening and vegan brunch the following morning. This multifaceted event was a significant success, and the organizers have already begun planning for Animal Pride Day 2020.

Christof Stelz (president of Animal Pride) and his team of organizers envisioned an event that would combine activism with celebration. Animal Pride Day’s two activities — the march and the outdoor festival — were each designed to attract a wide audience, including animal rights activists, vegans, non-vegans, families, and the wider community. 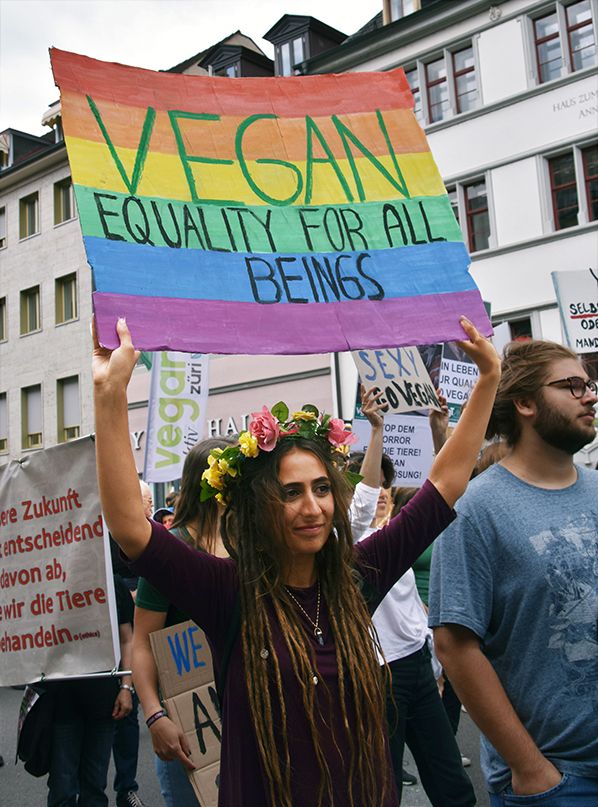 It is amazing what you created!

Organizers planned ahead for the march to pause at a public marketplace in the heart of the city. There, with an audience of café patrons, they delivered a speech with demands on behalf of the animals. After the march, attendees celebrated in a park with food and a stage program featuring a lineup of musicians, artists, and speeches from animal rights organizations. At festival booths, these organizations offered literature and outreach.

The long trip from Berlin was worth it, and we would love to come again.

Animal Pride Day 2019 was a resounding success. Not only did turnout match estimates, but marchers experienced strong support from municipal officers and police from both Switzerland and Germany (the march started in Kreuzlingen, Switzerland, and included a thrilling border crossing into Konstanz, Germany). 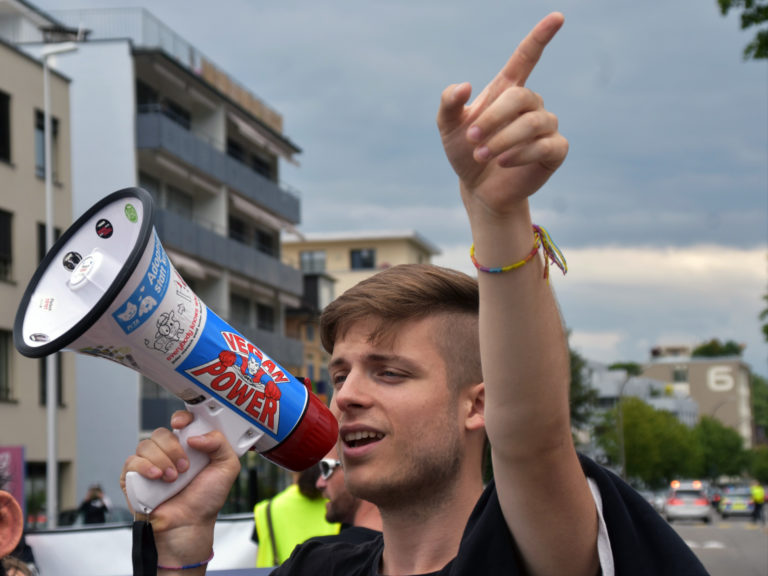 The march was peaceful and fun (and loud!) — with lots of singing and chants. Marchers, of course, carried colorful signs and flags. A few carried a giant puppet, and some wore animal costumes. Best of all, a large audience of non-vegans in the marketplace heard the animal rights speech. 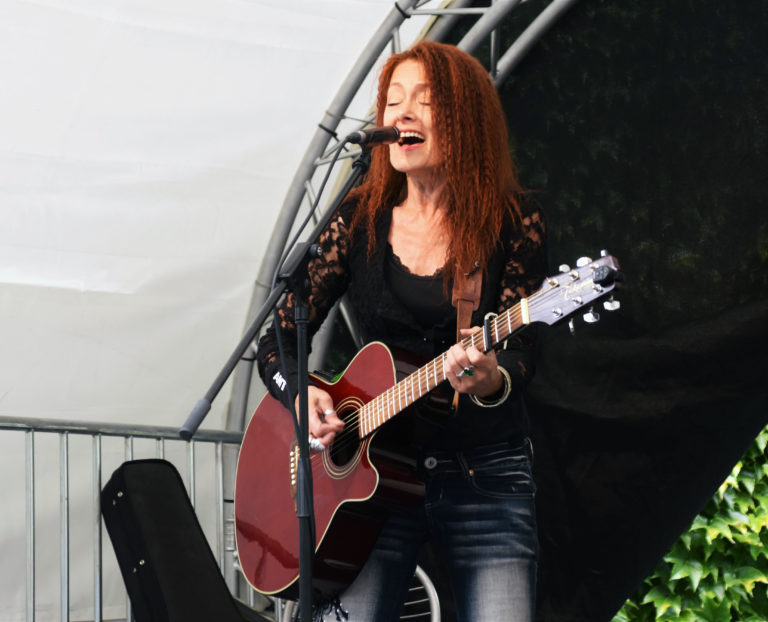 The festival also went off without a hitch. Well-known animal rights activists and politicians gave speeches. Emaline Delapaix, Jutta König, Seimi, and Zaubermedizin provided musical entertainment. A children’s activity tent was a big hit, as was Alfredo Meschi, whose vegan tattoo project, In the Blink of an Eye (also known as Project X), has been making news. 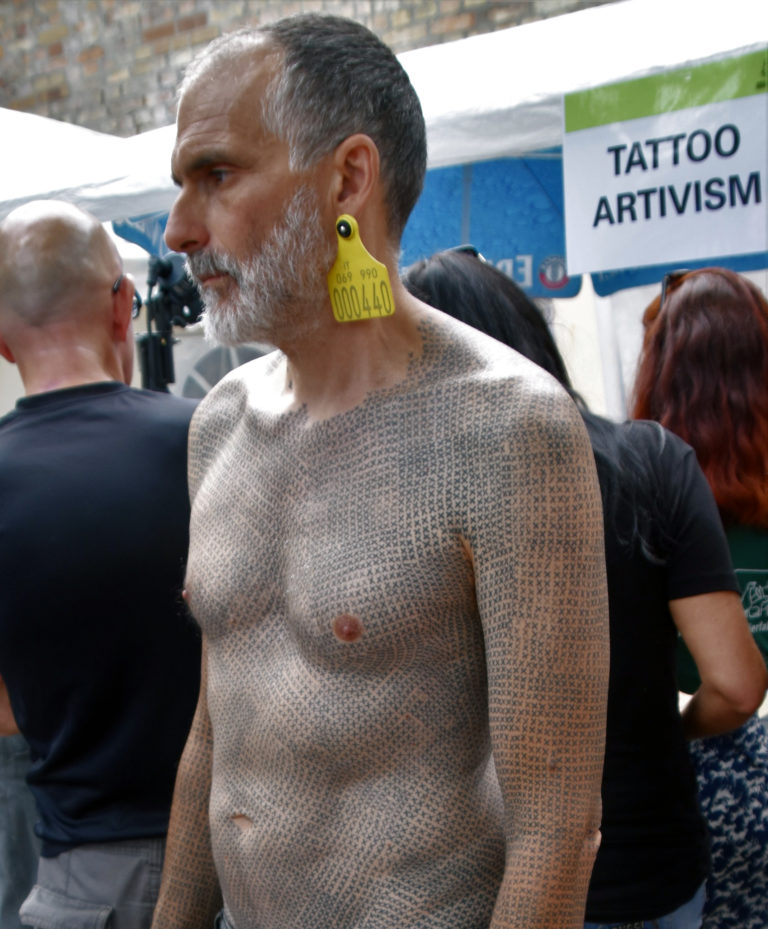 The event and community building continued with an afterparty at a club in Konstanz and brunch the next day in Keruzlingen at the only all-vegan hotel in Switzerland. Christoph was surprised by how calm he felt throughout the event. He credits his team for this, saying, “I could rely on them and they on me.”

Encouraging a family-friendly atmosphere through promotional materials and activities is a great way to increase the number of attendees. By combining a peaceful march with a family-friendly event, you can introduce activism to vegans who may be on the fence about speaking up for the animals. Christoph’s tip for accomplishing a peaceful demonstration is to be cooperative and communicative with all officials. “Be nice,” he says, “and you get nice answers.” 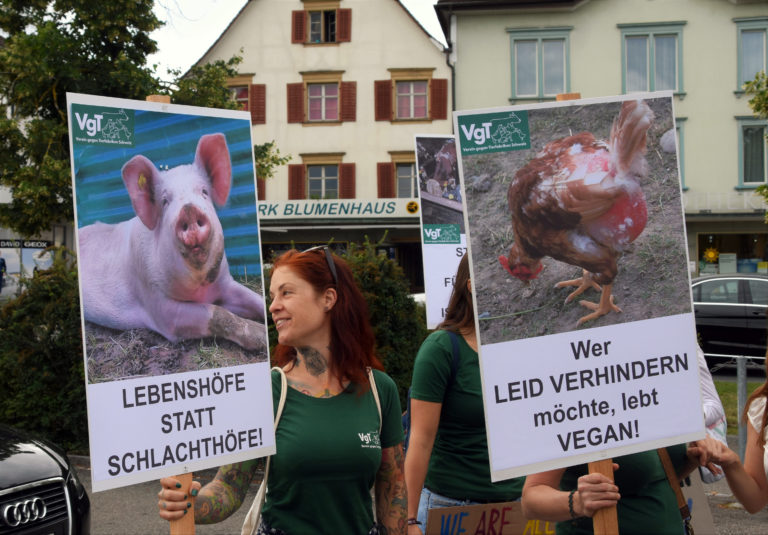 Animal Pride Day 2020 is already in the works.