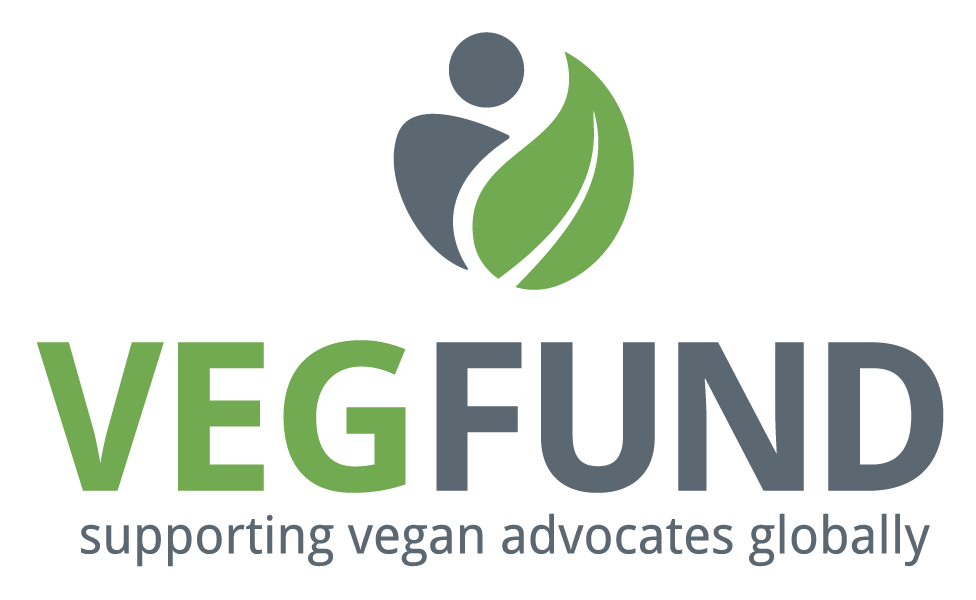 Washington, DC: In the wake of George Floyd’s killing and the resulting Black Lives Matter protests, VegFund launched their Social Justice Fund in June 2020 to recognize organizations across the United States for their contributions to Black communities.

Dr. Amie “Breeze” Harper, founder of The Sistah Vegan Project, an initiative promoting equity and inclusion in the vegan movement, speaks to the progress of Black vegan scholarship and the importance of supporting Black leaders to advance racial equity for veganism.

Dr. Amie “Breeze” Harper says that fifteen years ago, her work was:

“very much on the margins, with some vegan and animal rights affiliated individuals and organizations equating my anti-racist, Black feminist, and racial justice vegan focus with ‘racism,’ ‘divisiveness,’ or even ‘white-hating.’ 15 years later, I’ve seen a tremendous paradigm shift from many vegan and animal rights organizations. They are finally acknowledging that systemic speciesism cannot be dismantled without understanding and dismantling systemic racism and creating racial equity in the USA.”

The other awardees in this group are Encompass, whose mission is to foster a racially inclusive vegan movement; the 10,000 Black Vegan Women initiative by best-selling author and award-winning public health nutritionist Tracye McQuirter; the Black VegFest of New York, the Black Vegetarian Society of Maryland, Black Vegetarian Society of Georgia, and Black Vegetarian Society of Texas, which encourage Black communities from diverse socioeconomic backgrounds to learn about and try veganism; AfroVegan Society, which works to bring healthy, nourishing plant-based foods to marginalized neighborhoods in Baltimore; Vegans for Black Lives Matter, a platform for Black vegans to connect and share their stories and ideas about social justice; and Grow Where You Are in Atlanta, Georgia, and Be More Green in Baltimore, Maryland, both of which offer wage-earning opportunities to Black people who want to work in local produce agriculture and learn about the health benefits of plant-based diets. 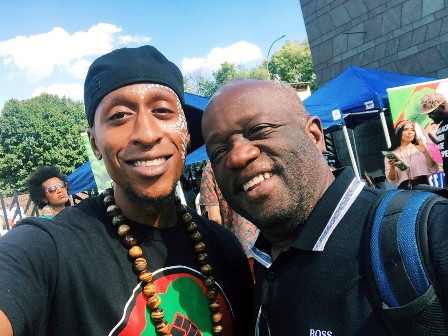 Awardees chosen for their excellence in furthering racial, economic, and political justice among Black individuals and families

“I was thrilled to learn that a number of the organizations nominated for the VegFund Social Justice Fund who were not expressly vegan already include access to healthy foods and nutrition education as a cornerstone of their programmatic strategies. Certainly racial, economic, and political justice intersect with an individual’s choice of vegan living.”

On the West Side of Detroit, Auntie Na’s Village advocates for plant-based nutrition as a holistic approach to preventive health care. Working with chronically underserved low-income residents, Auntie Na’s provides food boxes containing fresh produce and plans to offer cooking demos and plant-based nutrition education through a planned build-out of their Nutrition House. Auntie Na’s has a solid start on these plans thanks to their existing relationship with Food for Life Instructors of the Physicians Committee for Responsible Medicine (PCRM). 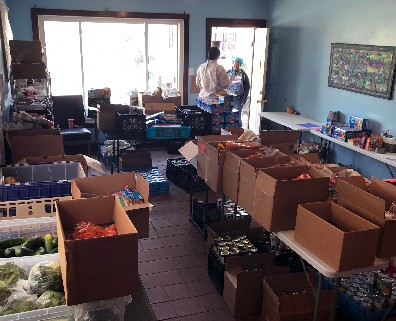 Gangstas to Growers in Atlanta, an initiative of The Come Up Project, provides resources to gang members and other formerly incarcerated youth ranging from 18 to 24 years old, with the overarching goal to reduce prison recidivism. Mentored by local farmers, the participants learn skills to grow and cultivate produce on Black-owned farmland for the local food market while earning income for their efforts. Participants also have access to vegan cooking classes and financial literacy training. 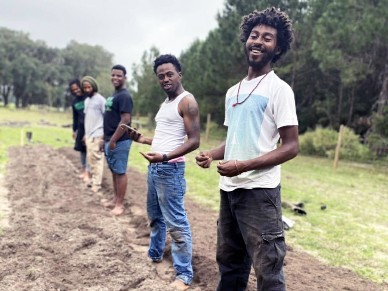 Abiodun Henderson, founder of Gangstas to Growers, said that the VegFund grant “will help our youth who have their hands in the soil, growing themselves and a better future for us all!”

Another awardee of the Social Justice Fund, The Homeless Children’s Playtime Project in Washington, DC, partnered with Urban Beet in the Summer of 2019 to provide biweekly bags of fresh vegetables to homeless families. Children planted, tended, and harvested their own small vegetable garden with the aid of Urban Beet, and they took potted vegetable plants to grow at the shelters where they live.

VegFund has completed the first-ever round of its Social Justice Fund awards and is grateful to its grantee and supporter community for their excellent nominations. A second funding round is possible in early 2021.

About VegFund: Founded in 2009, VegFund exists to support vegan advocates in their efforts to educate the public about the benefits of vegan living. VegFund provides grant funding for vegan outreach that inspires people to choose and maintain a vegan life. Our most popular grantee activities include food samplings, film screenings, vegfests and health fairs, conferences, learning events, vegan challenges, and online campaigns. VegFund also develops and curates the very best resources available on plant-based living and effective advocacy and facilitates information sharing among activists in the vegan community.