Resources on Fish and Bycatch 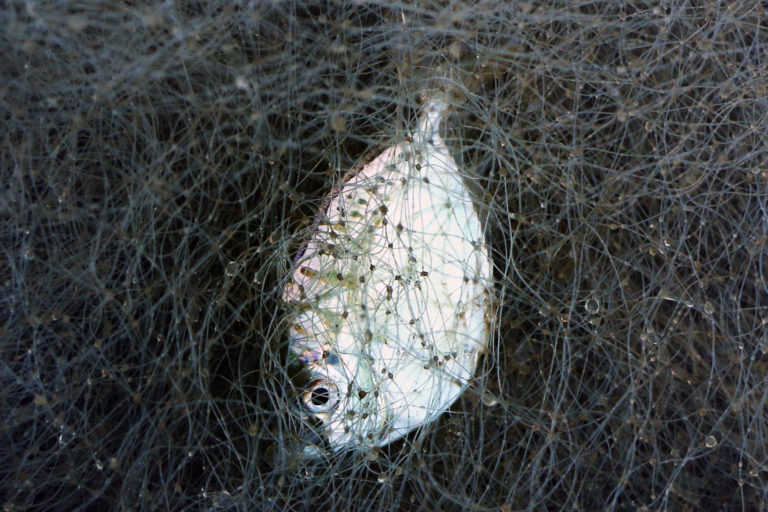 People kill a greater number of fish than they do all other animal groups combined. Every year, billions of fish endure extreme suffering. There are no animal welfare laws to protect them. Fishing kills other marine life, too, such as sea turtles, dolphins, and whales. Fish farming practices are no better, endangering native species and contaminating our waters.

Given the enormous amount of animal suffering and the devastating environmental impact caused by the fishing industry, outreach that advocates for marine life is more important than ever.

There’s a wealth of information on the multifaceted issues surrounding fishing and bycatch. We’ve put together a short list of resources that stood out to us. We hope these provide the information you need to begin or expand your outreach for marine life.

Seaspiracy (89 minutes) is a groundbreaking documentary, directed by Ali Tabrizi, that seeks to expose the fishing industry’s impact on the world’s oceans.

Bluefin (53 minutes) is directed by John Hopkins and documents an extraordinary and persecuted ocean animal caught between the addictive thrill of the hunt and our fear of their extinction.

Sea of Shadows (105 minutes) is a documentary by National Geographic Documentary Films with executive producer Leonardo DiCaprio. The film follows a team of scientists, conservationists, journalists, undercover agents, and the Mexican Navy as they strive to save the last remaining vaquitas and bring an international crime syndicate to justice for threatening to destroy all marine life in the region.

Seaspiracy: What You should know about fish, the ocean, and more! is a 14-minute documentary film by the The Friendly Activist filled with information on the massively destructive effects of the global fishing industry.

Plastic Oceans has several short films to choose from.

Protect the Arctic Deep from Harmful Bottom Trawling by Greenpeace illustrates in less than two minutes the enormity and devastation of trawling.

Secret filming reveals intensive fish farming practices in Italy. This disturbing footage, filmed in 2017 and 2018, shows common practices in fish farms that include fish suffocating for up to an hour in containers filled with ice. The video is one minute and twenty seconds long, with an Italian voiceover and English subtitles.

Aquaculture: A Sea of Suffering by Compassion Over Killing (COK) is the first-ever undercover exposé of salmon aquaculture in the United States. This 5-minute video reveals the painful reality of farming fish for food.

The Unnatural History of the Sea by Callum Roberts is a disturbing and detailed history of the once abundant life in our oceans and the rapid rise of destructive fishing and whaling practices.

What a Fish Knows by Jonathan Balcombe debunks myths about fish by exploring their complex natures as sentient, social, intelligent, and diverse creatures.

Data and Facts about Fish and Bycatch

7 ways fishing trawlers are bad news for the seabed – Greenpeace

How Many Animals Are Killed for Food Every Day? – Sentient Media

Thinking about advocating for marine life? Get support with a VegFund grant!