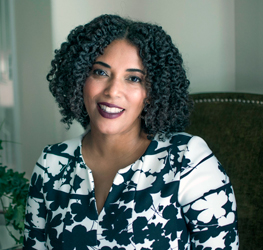 We’re thrilled to share that Stephanie Redcross West, VegFund’s Board of Directors President, is featured in the cover story of the fall 2020 issue of American Vegan!

In the story, she says, “I have given everything to achieve my personal goal of supporting and encouraging more vegan business owners, and we’re really starting to see the tipping point now.”

The magazine profiles her business, Vegan Mainstream, and explores the ways in which her approach to digital connections was ahead of the game in terms of preparedness for the COVID-era.

She notes that she used to “beg people to get on a Zoom call” and “have to explain what it was and how to do it.” And now, “people are becoming not only more comfortable with digital learning, but also with being on camera and engaging with others while participating in virtual activities.”

Stephanie has been a member of VegFund’s Board of Directors since September 2016 and began her term as Board President in November 2019.