Home > News > Save the Date — Global Giving Tuesday with VegFund

Save the Date — Global Giving Tuesday with VegFund 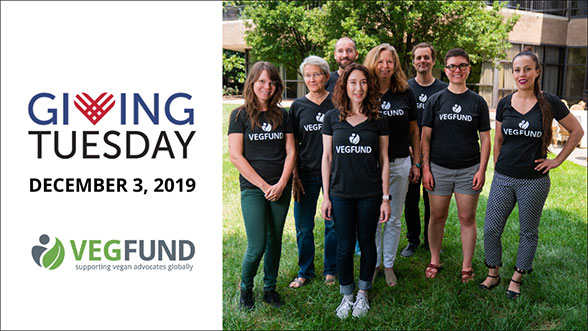 And, VegFund is participating for the first time ever! Our director of development, Alison Miller, talks about our goals for a more compassionate, vegan world.

Support VegFund on Giving Tuesday, and you support thousands of vegan advocates making a difference in 50 countries worldwide.

For example, one VegFund grantee, 19-year-old Erika Wilkinson, held vegan outreach events at two local college campuses in Virginia. Most of the students she interacted with began to rethink their food choices and pledged to try veganism. One student, in fact, decided to become vegan and an activist on the spot. 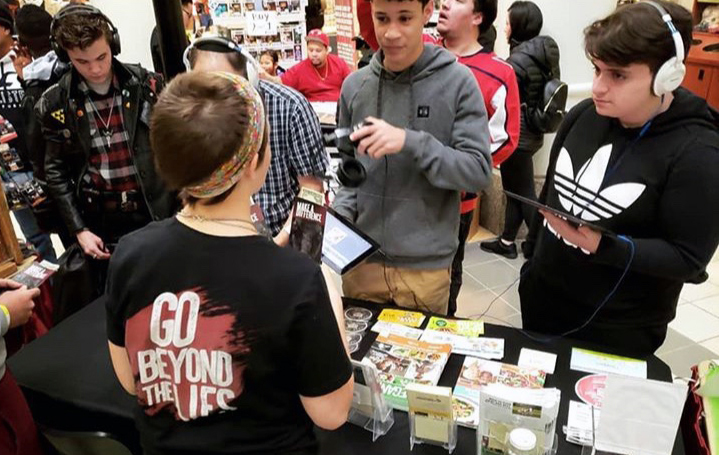 This is important because this one new activist will reach others, some of whom will become activists themselves. The impact of one small grant for one event is infinite. Vegan advocates who reach out to their communities create a ripple effect that can change the whole paradigm. This is the goal of VegFund. A vegan world. An end to unnecessary animal suffering. A sustainable planet. A healthier human population.

Your gift on Giving Tuesday can set this ripple effect into motion.

This year, as we celebrate the first 10 years of VegFund, we pause to thank you for your advocacy, your activism, your time, and your invaluable support.

A gift to VegFund is a gift to our activists. It’s a message that speaks loudly and effectively toward a cumulative change that will reduce animal suffering, reduce the negative effects of factory farming on our environment, and improve human health for the next 10 years.

Support a vegan future. Together, we can make it happen.

Join the global Giving Tuesday movement with a gift to VegFund, our advocates, and a vegan future.