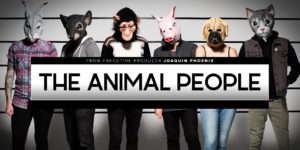 This documentary follows the journey of six young activists who found themselves indicted as terrorists by the United States government. The reason for indictment was the activists’ leadership of a controversial open protest campaign aiming to close down the largest animal testing laboratory in the world. The activists used the then fledgling internet to dramatically magnify their impact and systematically knocked down pillars of financial support for the lab. But when protests began to mushroom into dead-of-night vandalism and worse by unknown underground elements, the FBI stepped in. The Bureau began an unprecedented campaign of surveillance, creating a model that would later be used against Occupy Wall Street and Black Lives Matter. The Screening will be followed by a Q&A with some of the activists who were indicted. Don’t miss this opportunity to ask them about their experiences and how they are relevant in today’s environment.