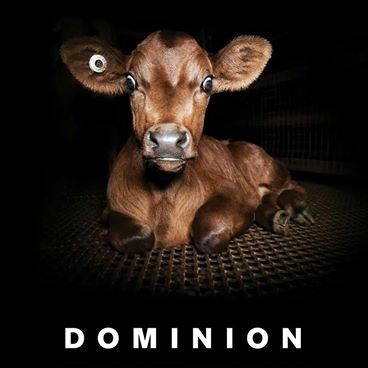 Join us for a film screening of the ground-breaking feature-length film, Dominion, which questions morality and validity of our dominion over the animal kingdom as pets, wildlife, research, entertainment clothing, and food.

Filmed in Australia, Dominion combines footage from handheld, hidden, and aerial drone cameras, much of it never seen before, to convey both the terrifying scale of an empire built on secrecy — and the individual stories of its victims.

Focusing on the legal, industry-standard practices that occur all over the world, the film questions the morality and validity of humankind’s dominion over the animal kingdom, advocating not for minor improvements to their welfare but for a deeper conversation about our right to exploit those we deem inferior to ourselves.