To what extent does documentary-film influence behavior change? 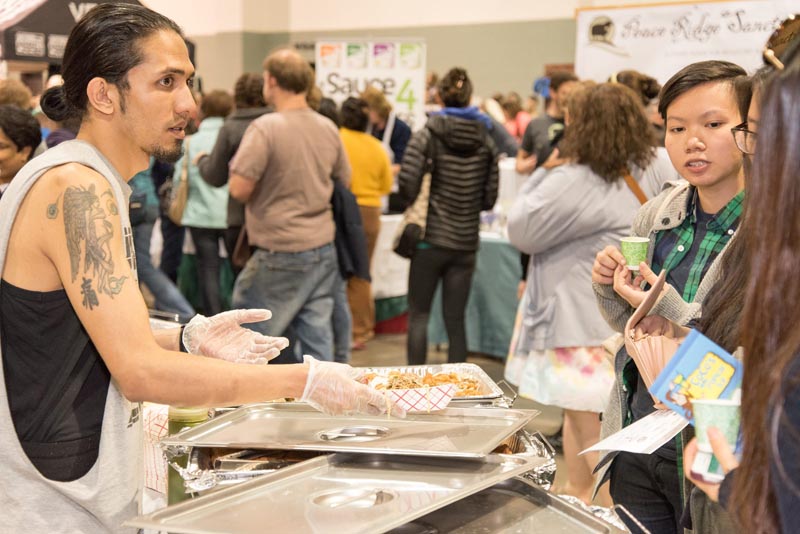 Posted on November 5, 2015 by Sally Thompson

On April 26th at the New England VegFest, VegFund undertook research to gain insight into how effective our programs are in encouraging people to make positive changes to their dietary behavior.

Thousands of people – most of them not yet vegan – attended this free festival full of great vegan food, cruelty-free companies, animal advocates, and eye-opening talks!

The focus of the research was a VegFund-sponsored screening of Cowspiracy: The Sustainability Secret, with the goal of understanding the effectiveness of documentaries in our advocacy efforts.

The screening was well-attended, with a full room of about 120 viewers who were exposed to the shocking impact of modern-day agriculture on the environment and animals.

With the assistance of several volunteers, VegFund’s Amanda Riley distributed a survey to these viewers to learn about their dietary habits and whether they were influenced by the film.

Viewers took the survey before and after the screening about their dietary habits and how the documentary made them feel. Information on their dietary habits was gathered again one month later. Both self-identification and Food Frequency Questionnaires (FFQ) were used.

The data were analyzed, and here’s what we found…

Prior Veg Status
Participants were asked to self-identify their dietary habits prior to the documentary screening. As with many similar events, there was a strong element of preaching to the choir. For example, 42% identified themselves as vegan, but according to the FFQ, only 37% actually were vegan. Likewise, 31% identified themselves as vegetarian, but only 23% actually were vegetarian. For this reason we used the FFQ answers and not self-identification for the remainder of the analysis.

While these results don’t account for those who didn’t complete the follow-up survey, for those who did, the data indicate that a total of five people went vegan during the one-month period — that’s 15% of follow-up respondents. Two of these were previously vegetarian, and three were previously non-vegetarian. Three people also reported going back to consuming animal products. Note that these results may have been influenced by other aspects of the event.

A more reliable measure of changes to consumption of specific animal products compares before-and-after survey results. These data show that only a small number of respondents changed their behavior, as described in the table below.

Intentions
Intake Survey:
The following table shows how many people indicated that they were considering eliminating or reducing specific animal products after seeing the film. Table 2:

By comparing these data with the previous data, it’s clear that the actual outcome was that far fewer changed any aspect of their dietary behavior.

Follow-up Survey:
Although many participants have not followed through on their intended behavior changes, there is evidence that some people still intend to change. The following table shows the number of participants who, one month later, still intended to eliminate or reduce a given animal product.

[Please note that these figures are overstated. Some people said that they plan to reduce or eliminate an animal product despite previously saying that they were already vegan or vegetarian.]

92% of respondents also said they learned something new from the documentary screening and 45% of the initial respondents asked to be added to our e-newsletter mailing list. All steps in the right direction!

Overall, the response to the follow-up survey in this research was too small to confirm any trends and draw conclusions, but the results do offer insight into the potential of film screenings to educate attendees and influence their future food choices.