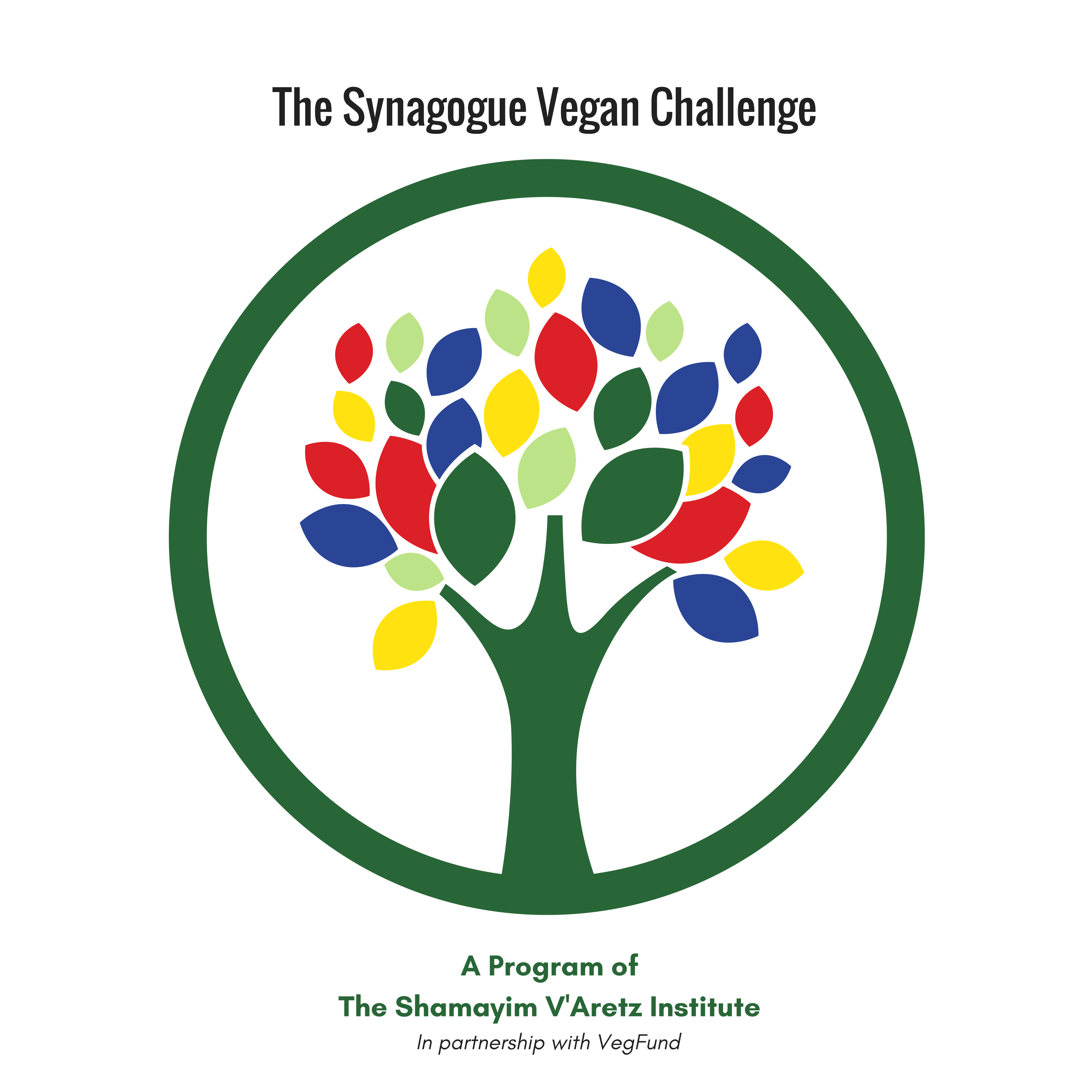 VegFund is pleased to announce its partnership with Shamayim: Jewish Animal Advocacy (formerly The Shamayim V’Aretz Institute), in launching The Synagogue Vegan Challenge — an initiative that helps put veganism on the Jewish agenda.

Shamayim: Jewish Animal Advocacy was founded by Rabbi Yanklowitz, musician Matisyahu, and actress Mayim Bialik in 2012 to teach the Jewish community about animal advocacy and veganism.

The Synagogue Vegan Challenge is the first of its kind! It’s goal is to encourage Jewish communities to experiment with vegan living for one year, challenging these communities to:

“think more deeply about animal welfare, kashrut (kosher law), and compassion for all, through gentle, non-judgmental discussion and by showing how nutritious and tasty plant-based foods can be.”

Rabbi Yanklowitz, who leads this initiative, said the following in an interview with VegNews:

“If people see that vegan food can be healthy and tasty, they are more likely to consider a dietary change. The synagogue should be a place of education, where people can learn about the health benefits of going vegan.”

So, how does The Synagogue Vegan Challenge work?

Five synagogues in the United States and Canada are for the program every year, and each will receive a $5,000 grant upon completion of the one-year vegan challenge. The synagogues selected for the 2017 pilot program are:

During the year, these synagogues serve plant-based meals to their communities, whether kiddush, B’nai Mitzvot, Shabbat, or any life-cycle event. Alongside the meals, they also provide their communities with creative education on compassion for all, including:

Who can get involved?

The Synagogue Vegan Challenge encourages everyone to get involved, whether you run a synagogue, are keen to set up a new one, vegan already, or simply interested in reducing the amount of animal products in your diet (and your community’s diet).

Read more about this program’s progress in our Activist Stories section!