Home > Blog > Fish – A Critical Part of the Conversation

Fish – A Critical Part of the Conversation 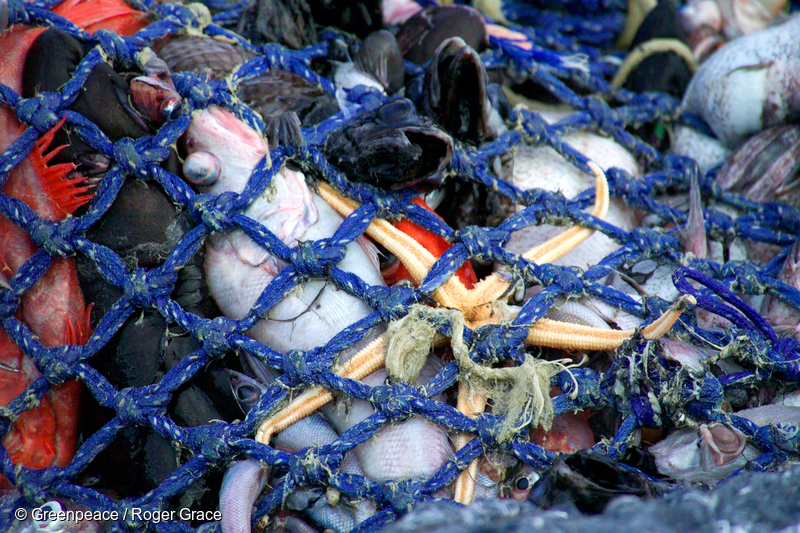 Maybe you’ve heard some of these sentiments — or all of them. Or maybe you’ve never really thought a lot about fish.

Animal-rights activist Peter Singer described fish as the “forgotten victims on our plate.” Fish are too often overlooked in vegan activism, too. Our outreach focuses largely on land animals. This makes some sense; our western diet is heavier on meat, eggs, and dairy than on sea life. Also, cows and pigs are more visible to us and easier to empathize with.

But here’s the truth: Fish are exploited in greater numbers than any other group of animals — and yet they are not covered by animal welfare laws. Given the staggering amount of catch and bycatch, the environmental impact, and a fish’s documented ability to feel pain and suffer, advocating for marine life is more important than ever.

We’ve put together some of the essential talking points about fishing. Yes — there’s a lot of data, but don’t get put off! The numbers are here to illustrate the scale of this issue. We hope this will inspire you to advocate for fish in your outreach. We’ve included some activism ideas at the end that may stir some of your own.

Fishing by the Numbers

We all know the saying, “There are plenty of fish in the sea.” If you’ve been paying attention, you know that doesn’t hold water anymore.

Each year, we kill between 0.97 and 2.7 trillion wild fish. The scale is so massive that these numbers are estimated by weight. Fish farming accounts for another 37 to 120 billion fish killed.1 As a result, more fish are killed for food each year than all other animals combined.

Most people have never seen the devastation of a super trawler and haven’t fully considered fishing’s effects on other sea life. In fact, the most common fishing gear — enormous nets, trawls, dredges, and long lines — don’t just catch targeted species. They capture, injure, and kill billions of non-targeted species. The victims are called “bycatch.”

According to this 2014 Oceana report, bycatch may amount to 40% of the world’s total catch — that’s 63 billion lbs. each year. This can include fish who are tossed overboard because they’re the wrong species or too small, or because the fishers are over quota. But bycatch also includes endangered, threatened, and protected species, such as sea turtles, sharks, whales, dolphins, seals, and sea birds.2

The National Oceanic and Atmospheric Administration (NOAA) keeps an updated report on bycatch. You can also visit NOAA to learn about fishing gear and the risks to protected species.

Nets, pots and traps, trawl gear, longlines, and even the traditional hook and line used by recreational fishers continue to “fish” centuries (yes, centuries) after they’ve been abandoned, catching and killing everything from crabs to whales.

A 2009 FAO report estimates that there are 640,000 tons of abandoned fishing gear in the sea — and this ghost gear makes up 10% of the oceans’ plastic waste.3 In 2018, a report by World Animal Protection estimates that the number is likely to be much higher.

Overfishing is responsible for plummeting sea populations — in fact, 90% of global fish stocks are depleted.4 When you look at the industry’s methods, the reasons are clear. Common industry practices are destructive and wasteful, and they’re done on a massive scale.

Depleting even one species contributes to the unraveling of the whole ecosystem. Therefore, scientists predict that if overfishing continues, all wild species that are killed for food will collapse by 2050.5

Almost half the fish consumed around the world come from fish farms, which are enclosures on land or submerged cages in natural bodies of water. On the surface, this may seem like a sustainable alternative, but, similar to CAFOs (concentrated animal feeding operations), the fish farming math doesn’t add up. These intensive operations are inefficient and devastating to natural ecosystems.6

Farmed fish, such as salmon and sea bass, are fed wild fish from lower on the food chain, such as anchovies. It can take up to five pounds of feeder fish to produce one pound of a larger farmed fish such as salmon or sea bass.6 This industry practice depletes both smaller wild fish and the larger ones that depend on them.

Farmed fish live in crowded conditions with little room to move (sound familiar?). Stress, aggression, cannibalism, injuries, parasites, and infections are common, leading to disease. Not surprisingly, farmers treat farmed fish with pesticides and antibiotics. This practice can lead to antibiotic-resistant bacteria. Farmed fish are often in open water, which means that these resistant bacteria can spread, harming both wildlife and people.6

Hundreds of thousands of farmed fish escape each year, threatening native species. In addition to spreading viruses and parasites, farmed fish can outcompete the native fish for food and spawning grounds. And, at these large numbers, farmed fish create a significant amount of water pollution.

People may think they are buying sustainable seafood, but this is a myth. The fact is that the United States imports 90% of its seafood.7 And, the vast majority of fish farms are in regions of the world where responsible environmental practices are limited — or nonexistent.8

You are probably already familiar with the term “speciesism.” It’s why people are concerned about dolphins caught in tuna nets and not about the tuna. Speciesism is why the majority of people can’t imagine a fish’s capacity for pain or fear and that fish suffer on a massive scale.

While vegans aim to be anti-speciesist, there’s no shame in admitting that fish can be harder for us to relate to. However, just because we can’t relate doesn’t mean they aren’t complex beings.

As a biologist who specializes in animal behavior and emotions, I’ve spent the past four years exploring the science on the inner lives of fishes. What I’ve uncovered indicates that we grossly underestimate these fabulously diverse marine vertebrates. The accumulating evidence leads to an inescapable conclusion: Fishes think and feel.

Jonathan Balcombe, author of What a Fish Knows

The science is in: Fish feel pain. If you want details, this 2018 Smithsonian article summarizes studies that demonstrate pain responses in fish from both neurological and behavioral perspectives. It’s unfortunate that these studies have inflicted pain on fish to prove the point.

Beyond the ability to feel pain and fear, fish show intelligence and problem-solving abilities.9 They play, learn, and can be trained to do tricks. (Check out this fish in the wild, using tools!) What’s more, they’re socially intelligent and can develop complex traditions.10

Marine life is not covered under animal welfare legislation, which means there are no “humane slaughter” methods protecting fish. Most harvested fish — farmed, wild, or caught recreationally — experience extreme and prolonged suffering.6

Fish caught in large nets are often suffocated or crushed to death as they are hoisted. Those who survive endure long, slow asphyxiation on the boat. Some are packed alive on ice to keep them fresh. This agony can last hours, or days. Others are skinned, gutted, and sometimes cooked while still alive.8

The suffering extends to recreational fishing, where fishers hook fish by the face and repeat many of the same cruelties above. Deep-sea fishing adds the horror of barotrauma, where a fish’s organs erupt from their orifices — or rupture altogether.

If you’ve read everything up until now, this last bit of information will be the most sickening of all: Almost half of “edible seafood” in the US supply chain is wasted.11 The causes are bycatch, spoilage during distribution, and consumer waste.

Fish and shellfish are among the top food allergens in the United States. Add the fact that mercury, toxins, pathogens, parasites, plastic are common in our oceans and sea life, and it becomes even more apparent that switching away from eating fish makes sense.

Meatless start-ups are working to cut a clearer path to our plates, and fishless fish is on the menu. Impossible Foods is working to develop high-quality plant-based fish, while companies such as Wild Type, BlueNalu, and Finless Foods are working to grow fish from cells.

We probably don’t have to tell you that there are already many plant-based seafoods out there, from crabless cakes and fishless sticks to plant-based shrimp. Besides saving fish lives, these products also have a longer shelf life and reduce food waste.

Sure, non-vegans aren’t clamoring for those Gardein fishless filets right now, but they might be soon. Non-vegans and foodies are primed to try something new (an uplifting fact: 14% of non-vegans consume plant-based alternatives).12 All you have to do is look at the trends set by Impossible Burger, the Beyond Burger, and skyrocketing growth of non-dairy milk to see that plant- and cell-based fish are next. Add to this the rising awareness of climate change (and dwindling sea life), and it’s clear — change is coming.

Now that you have the facts, we hope you’re inspired to take them out into your community. Examples of some of the outreach events organized by VegFund grantees include:

What Can You Do?

You can also check out our list of resources on fish and bycatch!

Have an idea for an outreach event? Learn how VegFund can support you.

Get the latest information from VegFund!

1. “How Many Animals Are Killed for Food Every Day?” Sentient Media. https://sentientmedia.org/how-many-animals-are-killed-for-food-every-day/

4. “90% of fish stocks are used up – fisheries subsidies must stop.” United Nations Conference on Trade and Development, July 13, 2018. https://unctad.org/en/pages/newsdetails.aspx?OriginalVersionID=1812

8. “An Ocean of Opportunity: Plant-based and clean seafood for sustainable oceans without sacrifice.” The Good Food Institute. 2018. https://www.gfi.org/seafood

Molly Elwood is a writer and creative strategist living in Portland, Oregon.