Towards a sustainable future 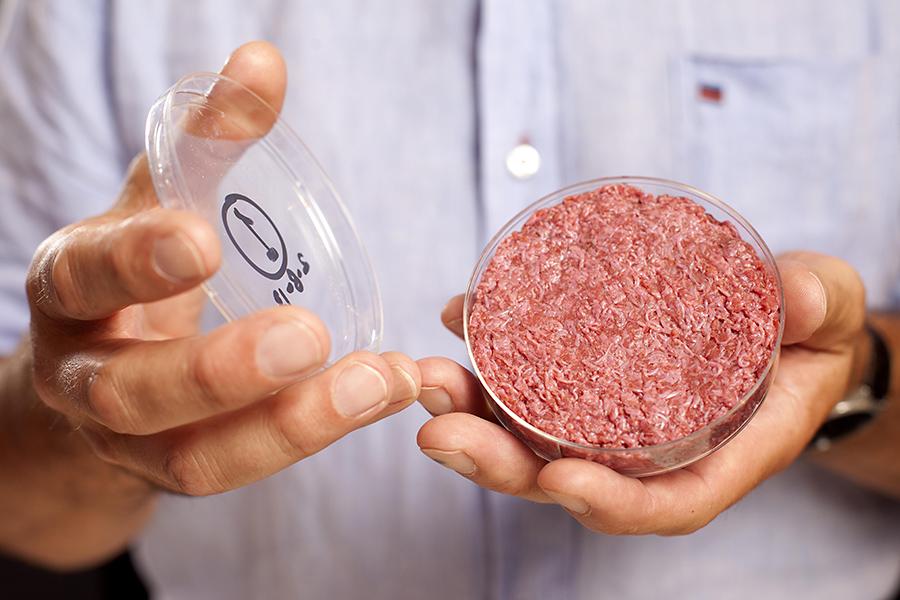 Faunalytics, a nonprofit research organization, with support from The Good Food Institute (GFI), recently released important new research on consumer acceptance of clean meat. Clean meat (also referred to as cultured meat or in vitro meat) is real meat produced without the need to breed, raise, and slaughter farm animals.

Clean meat is expected to be widely available in the next few years, and it has the potential to positively impact the lives and animals, people, and the environment. But most consumers will need to be encouraged to replace conventional meat with these new clean meat products.

The aim of the Faunalytics study was to explore messaging that could be used to address the public’s concerns about clean meat and increase its acceptance.

“The ultimate goal is to reduce reliance on animal farming by encouraging as many people as possible to switch to clean meat once it becomes available.” – Jo Anderson, Research Director

The story so far

An increasing number of bioscientists, product developers, and entrepreneurs are pooling their innovative ideas, skills, and resources to explore the potential of clean meat. But as the hype around clean meat grows, some questions and concerns are surfacing, such as “how natural is clean meat.”

When compared with current conventional meat, the line between what is and isn’t natural becomes blurred.

Vegetarian and vegan diets are on the rise in the West, but industrial farming systems are just beginning to take hold in many developing countries. Globally, meat consumption is still on the rise. Clean meat is one of a number of approaches from a variety of fields that holds promise for reducing meat consumption. The benefits of clean meat as compared with conventional meat include the potential to reduce animal suffering, to lessen the burden on our natural environment and ecosystems, and to contribute to human health.

Interested in learning more about clean meat and its potential impact? This interview with Bruce Friedrich, co-founder and executive director of The Good Food Institute, in an episode of One Green Planet’s Eat for the Planet Podcast, provides insight into advancements in the plant-based meat and clean meat industries.

Researchers report in Messages to Overcome Naturalness Concerns in Clean Meat Acceptance: Primary Findings that their findings indicate that two-thirds of Americans are willing to try meat grown from cells without slaughtering animals.

This research was conducted in January and February of 2018 through an online survey of a sample audience of 1,185 adults in the United States to investigate whether various promotional messages about clean meat resulted in more acceptance or less acceptance of it.

Positive messaging about this new product, accompanied by information on the unnaturalness of conventional meat and the current conditions of factory farming systems, resulted in two-thirds of survey respondents saying that they would “definitely” or “probably” try clean meat. Forty percent of survey respondents also indicated a willingness to pay a premium for this product, believing it to be healthier, safer, and more sustainable than conventional meat while still looking and tasting the same.

View the full infographic for an excellent overview of the study findings.

It’s clear from this research that the public likes to be informed about the choices available to them and that growth in consumer demand for clean meat should follow. By focusing on the most effective promotional messaging for clean meat, we have the opportunity to reduce current demand for conventional meat products dramatically.

How should we as animal advocates use this research?

Researchers are optimistic about the future of clean meat and suggest that the successful messaging revealed through this study could be applied by advocates, lobbyists, businesses, and others to promote the product.

“We believe farmed animal advocates can help lay a foundation for the successful introduction of clean meat by emphasizing that conventional meat is unnatural. We’re not suggesting any explicit discussion of clean meat versus conventional at this time, just subtly reinforcing the perception of conventional meat as unnatural in your communications about factory farming. We would also love to hear any thoughts you have on how we can use this information to maximize the impact for animals.” – Jo Anderson, Research Director

What do you think about clean meat and its potential to positively impact the lives of animals, the environment, and even human health? Share your thoughts with us in the comments section below.

Faunalytics is a nonprofit research organization dedicated to helping animals by providing useful information to advocates to help them increase their impact.

To continue the conversation around clean meat, read the follow up of this story.