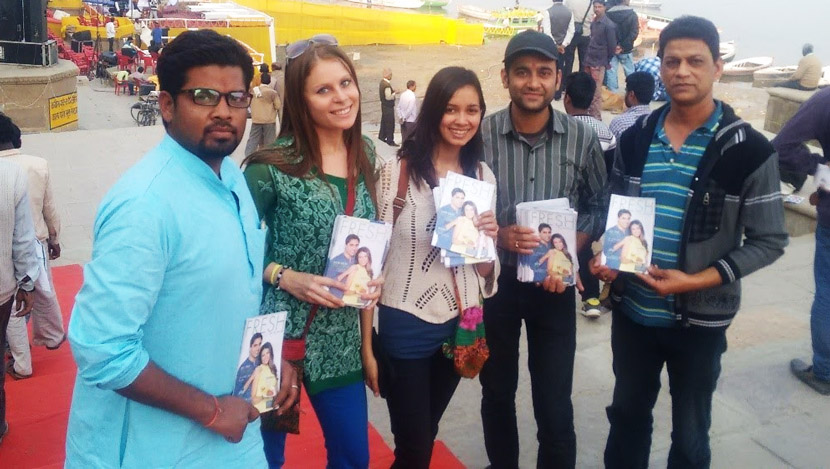 FIAPO’s (The Federation of Indian Animal Protection Organizations) Living Free campaign and Vegan Outreach have set a record for holding the largest animal rights awareness drive in Indian history, which is now featured in the Limca Book of Records 2017.

Teams of activists from all across the Indian animal rights community and Vegan Outreach activists joined forces as the “Compassion Crusade” to help educate members of the public about vegan living. Outreach efforts included leafleting, video outreach, and a series of talks.

In just two months, this program reached out to 133,000 people in a total of 12 cities, including Delhi, Mumbai, Pune, and Chennai. FIAPO’s impact measurement studies estimate that this outreach will save 66,500 animals.

This campaign is a great victory for animals and for activists, changing attitudes towards animals and opening the hearts and minds of thousands of people across the country.

We’d like to wish all of the activists at FIAPO the very best with their ongoing successes in making the world a better place for animals. Keep up-to-date with their latest news on Facebook and Twitter.