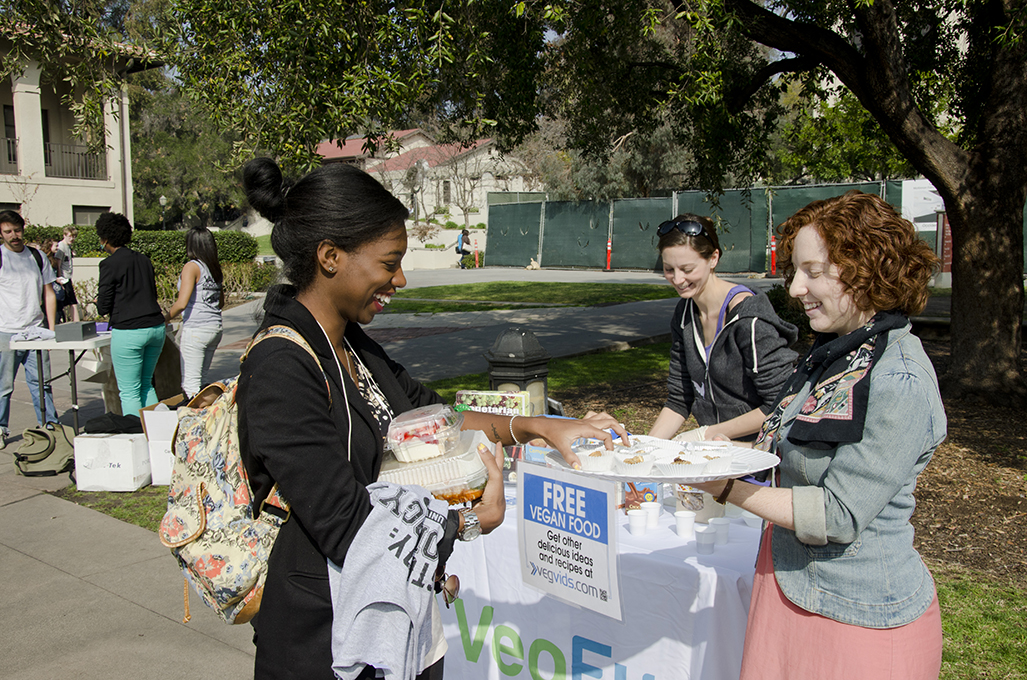 Our mission is to support YOUR fabulous work as vegan advocates.

We recently carried out a five-year retrospective study of our three main grant programs — Food Sampling, Film Screenings, and Paid-Per-View video events. In doing so, we consolidated valuable information supplied by our grantees in their feedback that could bolster the effectiveness of future outreach efforts of all vegan activists.

This installment is the first in our series of tips for effective animal advocacy. These tips will offer helpful pointers to maximize your effectiveness in communicating your message to as many non-vegan people as possible.

2. Food sampling events that coincide with another event, such as a vegan- or animal-welfare-themed film screening, festival, or conference have more impact and reach a higher number of people.

3. Offering literature to people who are sampling food gives them a handy takeaway. Recipe brochures are very popular.

Check out our blog Selecting effective outreach materials —a helpful reference when selecting the literature to distribute at your event.

4. Q&A formats are popular, particularly when they include film directors, activists, or people involved in the subject matter of the film.

5. Events advertised in advance via social media, in local cafes or community centers, on campuses, and through leafleting busy streets, have a higher turnout.

6. PPV, where viewers are offered a small cash or food incentive to watch a video, is a fantastic discussion-raising form of outreach. Use it as an inroad to conversing with people in greater depth.

8. When PPVs are combined with food sampling and information booths, they attract larger crowds because not everyone wishes to watch the video footage.

Feedback from grantees on the success of their events using some of these tactics included comments such as:

“Many of them never before ate vegan food, and all of them loved it!”

“It definitely challenged people’s understandings and perceptions of animal industries …”

“I don’t think I’ll be able to eat meat for the rest of the day or ever. Something definitely needs to be done about this.”

Depending on your audience and venue, there are some especially effective ways to engage people with the animal rights and vegan message. Following this introductory blog, we will present in-depth information on proven techniques for each of VegFund’s grant programs based on feedback from activists around the globe, so stay tuned for lots of great information on food sampling, film screenings and pay-per-view outreach!

And lastly, thank you to all VegFund grantee activists who shared their event feedback with us. You have made this blog series possible.

Coming next: Part 2 of this series offers some great tips on making the most of your food sampling events.