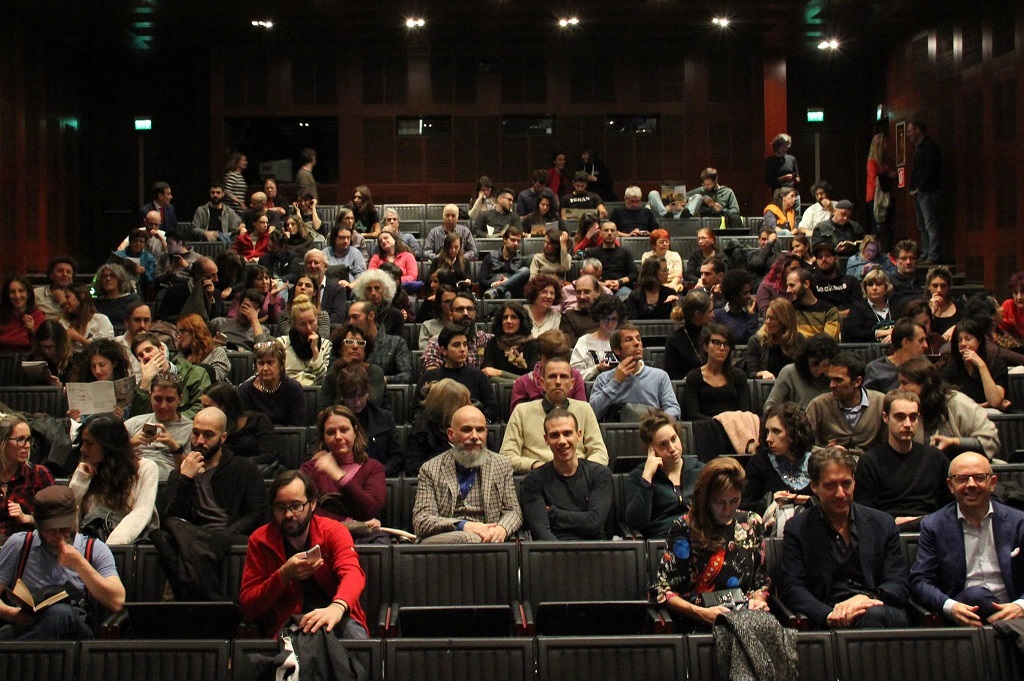 Next in our continuing series on tips for effective vegan activism, we bring you tips for holding successful film screenings. Our past grantees have offered excellent feedback from their experiences on how best to: encourage people to attend film-screening events, make your event enticing, and engage viewers on the topic of animal agriculture and veganism.

“It definitely challenged people’s understandings and perceptions of animal industries. I’ve even spoken to a few people who went vegan as a result of the film and subsequent discussion.” – Compassionate and Sustainable Consuming, 2015: Cowspiracy Screening.

“Many picked up multiple literature booklets and several cried during the scenes of slaughter. … We had a couple approach us after saying they were going vegan, that this is what they needed to see to push them.” – Vegan Society of P.E.A.C.E : Peaceable Kingdom Screening, 2012.

In the past five years, VegFund-supported activists reached approximately 10,600 people through film screenings. At these events, they also distributed 27,964 pieces of literature, and 20,211 vegan food samples.

In the past five years of VegFund screening grants, documentaries that contain highly graphic content relating to animals are sometimes shown, but grantees have tended to steer away from these types of documentaries due to more negative responses from viewers.

Documentaries with content substantiated by facts and statistics were appreciated by grantees and attendees, as were films that appeal to both younger and older people. Of course, the films available and suitable for screenings have changed over the years, but some of the most popular films from 2011 to 2015 were:

“The film was very well-received and the students and others participating in the discussion said they learned a lot and were excited to make changes to their diets and contact national environmental groups to ask why they aren’t mentioning animal agriculture as a huge contributing cause to climate change.” – VegBoone’s screening of Cowspiracy in 2015.

“Audience commented that they enjoyed the film more so than other animal rights films they had seen, because it presented the issues in an easier-to-grasp light.” – Moncavage’s screening of Vegucated in 2012

“We had many people with questions afterward and even a guy looking for support because he just went vegetarian two weeks ago after his son showed him Forks Over Knives.” – Daytona Beach Vegetarian Society’s screening of Forks Over Knives in 2011.

Peaceable Kingdom: The Journey Home, Speciesism: The Movie, and Ghosts In Our Machine have also been popular choices. Many activists reported that viewers consider these films to be accessible to all ages and have fewer graphic scenes than they would have expected from animal-rights-themed documentaries.

“The Forks Over Knives screening was a HUGE success. We had 266 people RSVP on Facebook and another 25+ respond to us via email. The response was phenomenal. We gave out many VSR applications and all the literature was gone!” – Vegetarian Society of Richmond’s screening of Forks Over Knives, 2013.

As you can see here, activists are organizing film screenings as a tool to engage people on the topics of animal agriculture and the link between their dietary habits, and they’re receiving emotional and proactive responses! VegFund provides various helpful materials to help your event be a hit!

Coming next: The final part of this series (part 4) offers tips for getting the most out of your Paid-Per-View video events. Don’t miss it!