How Eat for the Earth Makes Sustainable Nutrition Easier 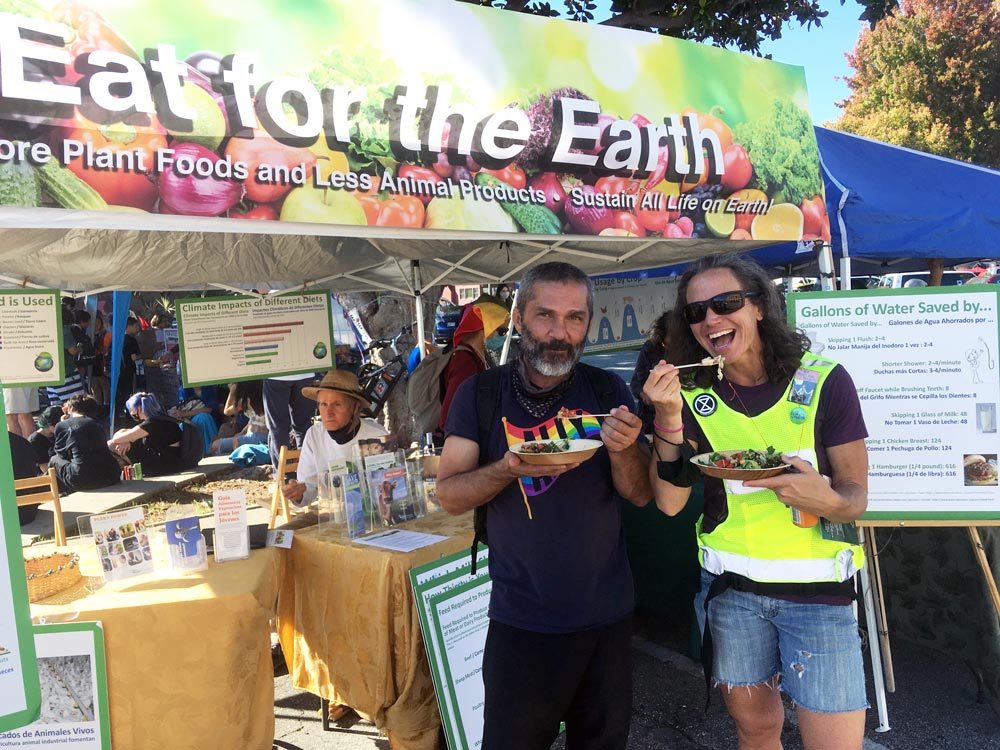 Reverend Beth Love realized that none of her good work would matter if we lost the habitability of our planet.

After leading a church (which she helped found) for almost 20 years, Beth Love felt called to a greater purpose. While watching the film Cowspiracy one night, she knew that the world needed to change. Just being a “stealth vegan activist” (bringing tasty plant-based foods to potlucks) was no longer enough for her. 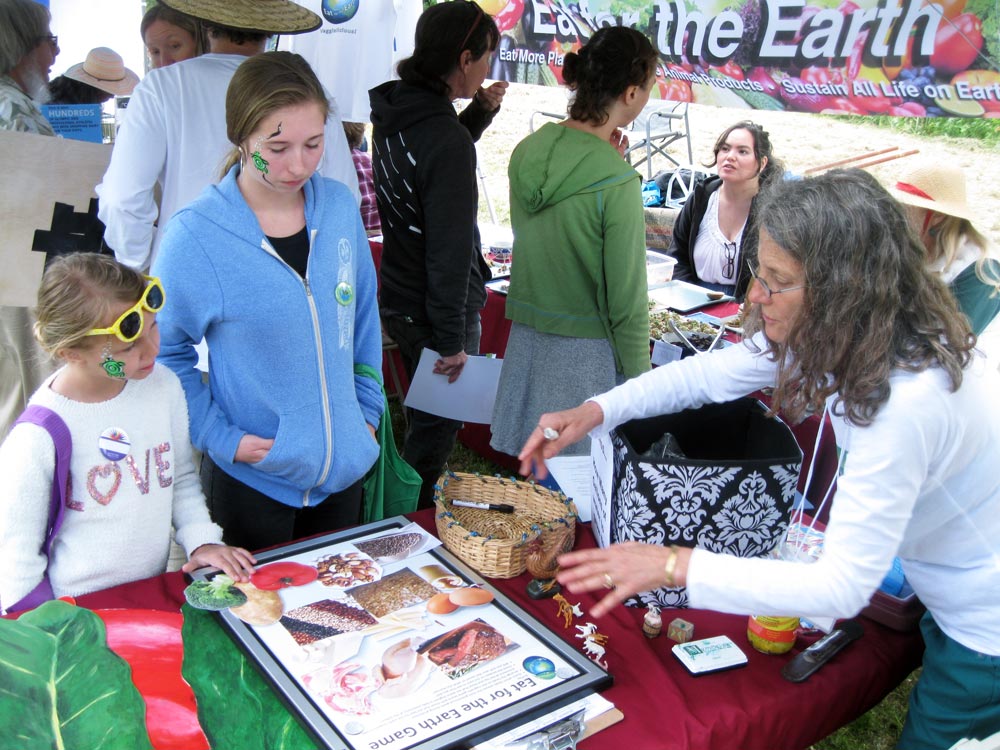 Beth founded Eat for the Earth, a nonprofit organization that informs people of the detrimental environmental impacts of eating meat and that reduced meat consumption is critical to the health of the planet.

The organization uses education, tools, partnerships, and support to make it easier for people to eat more plants, and fewer animal-based foods, to sustain all life on Earth.

While the mission of Eat for the Earth focuses on the environmental benefits of vegan eating, health can be a powerful, immediate motivator for people to go plant-based. Practical nutrition education can be an entry point to learning about the other benefits of vegan diets, such as the environment and animal welfare. That’s why since the beginning, Eat for the Earth programming has included cooking classes. 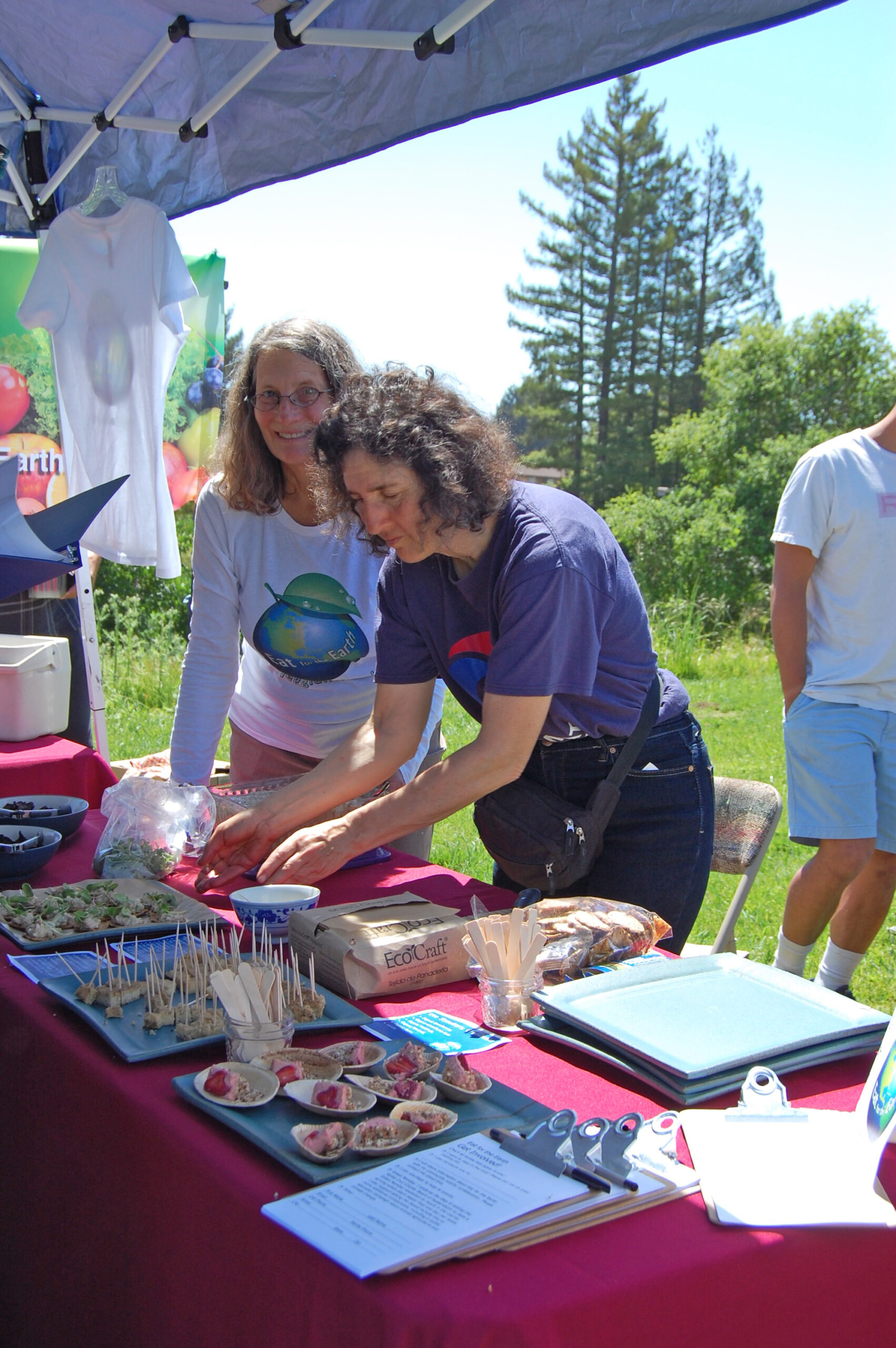 Each nonprofit is asked to choose a specific initiative within its organization that needs funding. Eat for the Earth chose a health-immersion program that they were in the midst of planning for 2022. This program’s goal is to support community members in making improvements to their nutrition and health while educating them about the environmental reasons to eat more plants.

The fundraising campaign ran from November 17 to December 31, 2021, culminating with the Santa Cruz Gives Nonprofit Showcase, an annual outdoor festival.

As the only plant-based organization, Eat for the Earth also had the opportunity to have positive and educational interactions with many non-vegans.

The Santa Cruz Gives festival and campaign is an annual event with lots of publicity. Eat for the Earth had been aware of it for many years and decided to apply to join as a participating nonprofit.

Santa Cruz Gives asks each participating nonprofit to select one “big idea” to campaign around. Eat for the Earth chose Community Rx, a 10-day health immersion program they offer in partnership with the PlantPure Communities network.

Community Rx provides menus, meal plans, and recipes. Biometric testing before and after often reveals profound changes in just 10 days, which demonstrates to physicians the impact that diet has on their patients’ health.

Eat for the Earth hosts several in-person and online events. Health care providers provide referrals and the biometric testing. And it’s the first time it’s being offered anywhere in Spanish. Salud Para La Gente plans to refer patients who have diabetes. The program launches this month, and Eat for the Earth intends to offer the program a few times a year. 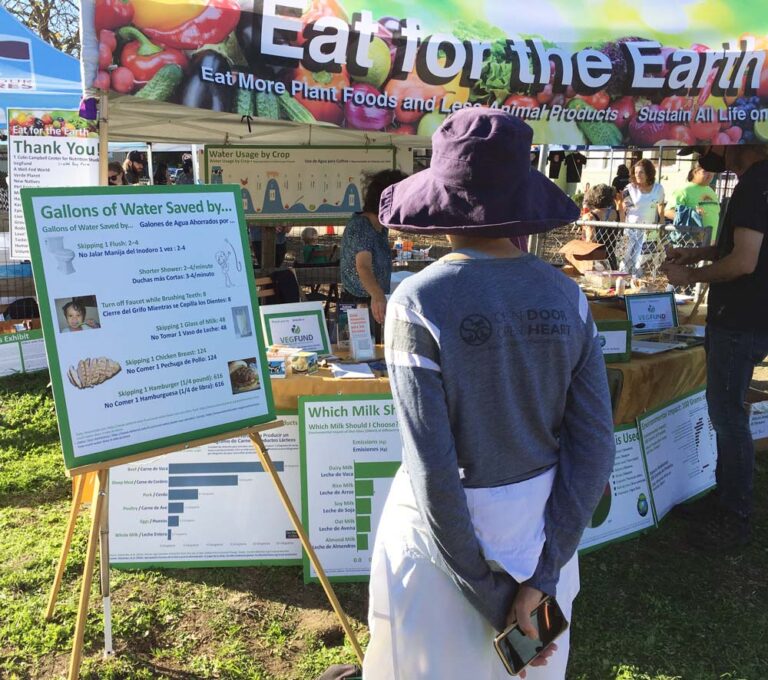 People’s’ jaws dropped at the information conveyed in the displays, such as the number of showers you could take using the water to produce just one burger. One interactive display asks visitors to pick up cubes of different weights, representing the CO2 equivalent of different foods. This display is revelatory for people — the beef cube is significantly heavier than beans, rice, and other non-meat foods. The environmental message is powerful! And people enjoy tasting food samples as they learn positive nutritional facts about them and the documented benefits to reduction in cholesterol, blood pressure, and blood sugar. 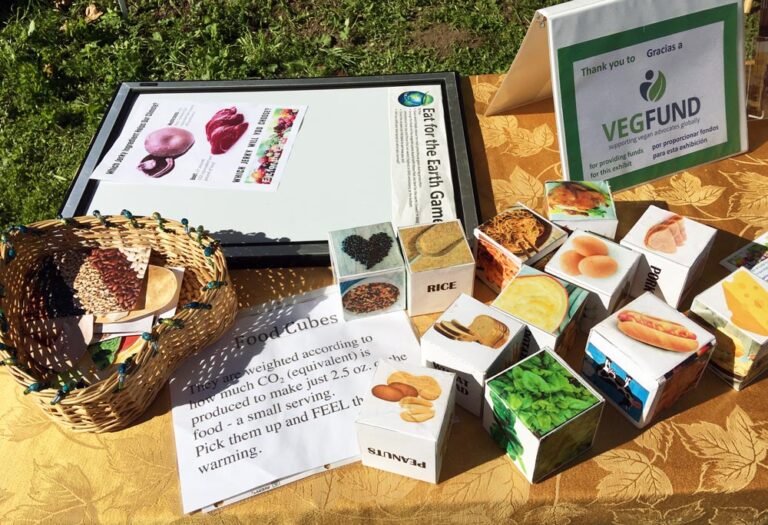 Hosting a successful plant-based information booth at the festival 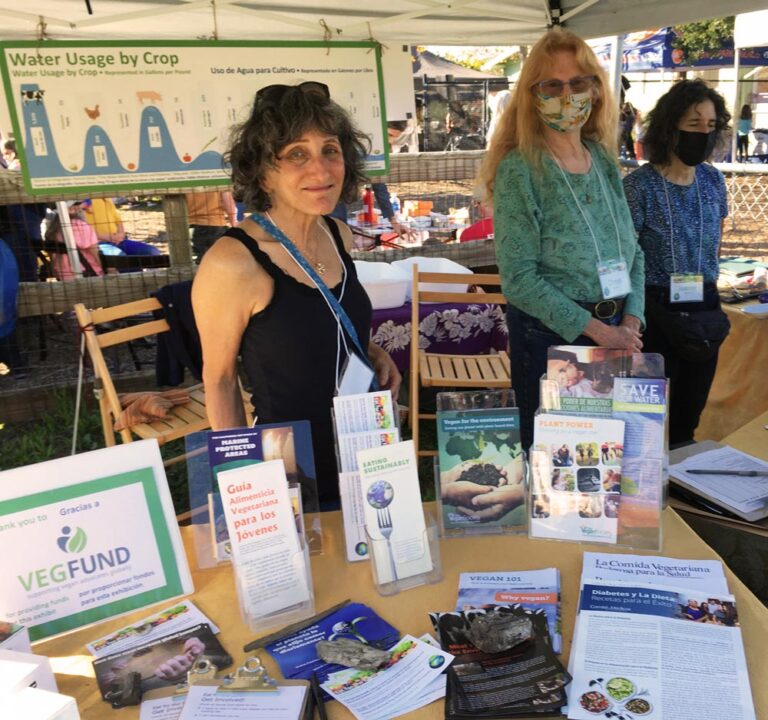 “The most powerful thing I’ve done is to make allies, especially environmentalists and health provider allies. Those kinds of collaborations are essential because you get outside the vegan box, and you start finding other people who have a common interest, who will support your agenda because it serves their agenda.”

Beth Love, Founder of Eat for the Earth

Food prep was a challenge for this event. Eat for the Earth prepares whole foods for their samples. In the past, Beth could host big work parties of volunteers at her home to prepare all the food. For COVID safety, she worked with only two volunteers at a time in her yard. She had to be more selective about which samples to serve, based on what would be easier to prepare. She set up a food prep area outside in her backyard, with a canopy and a hand-washing station. In the end, she invested more time in creating less food than she had for previous events.

Santa Cruz Gives was a significant fundraiser for Eat for the Earth, bringing in 13,000 USD, a remarkable start toward their $35,000 budget for the year! Most importantly, the campaign demonstrated that they have supporters and can increase their fundraiser base. One donor gave $3,333 to sponsor 20 people to join the Community Rx program.

At the festival, Beth connected with an educational nonprofit that is housed within an organic farm. While not a vegan organization, this nonprofit is a natural ally that focuses on organic produce, and its organizers offered to host a future event for Eat for the Earth!

Persevering in the Pandemic: Advice from Activists

What Will You Do? World Vegan Day (and Month)! 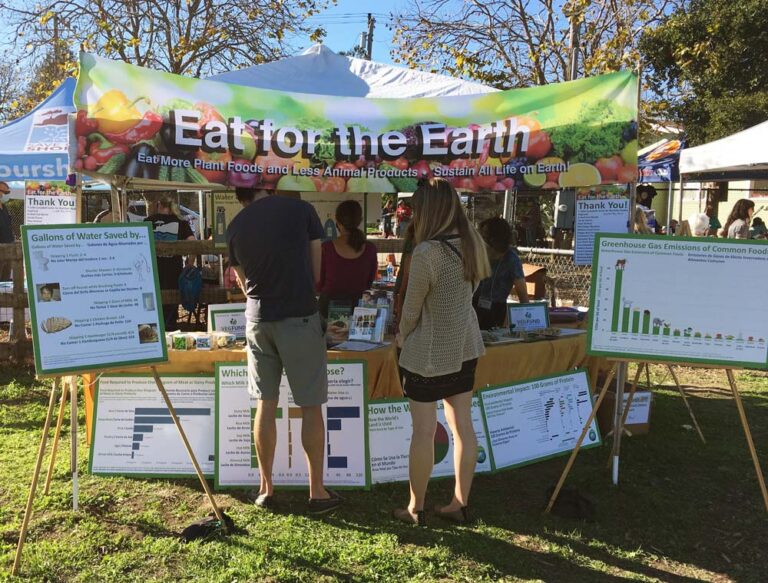 Beth says, “Create relationships in the world — you can’t go wrong. Good relationships with people are the only way we can have an impact or be effective. We lift each other up.”

Eat for the Earth is looking forward to the launch of Community Rx this April. They plan to focus on building their donor base toward sustainable funding. Next year, they hope to participate in Santa Cruz Gives again, applying lessons they learned from this year. Beth also looks forward to resuming the dinner parties she hosted prior to COVID. The combination of providing tasty food and compelling information is powerful.